Eight students and a teacher from Narathiwat and the driver of their van were injured when it struck a tree in Phetchaburi at 2am on Sunday.

Two of the victims were critically injured in the mishap, which brought their field trip to a frightening end.

Police believe driver Pakeem Daengteh, who it took half an hour to extricate from the wreckage, fell asleep at the wheel. He was taken to Cha-Am Hospital.

The math teacher on board said he was awoken by “a big bang” as he accompanied eight schoolboys ages 15 and 16 on the educational trip to Phetchaburi. 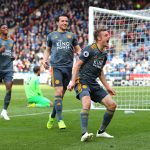