Prime Minister Theresa May on Saturday defended her decision to turn to Britain’s main opposition to get her EU divorce deal approved, warning without cross-party consensus Brexit could “slip through our fingers”.

The beleaguered leader opened talks this week with the Labour Party in a bid to break months of stubborn opposition in parliament to the withdrawal agreement she struck with European leaders last year.

MPs have rejected three times her deal finalised with the bloc last November to end 46 years of membership.

May’s overtures to Labour came ahead of an EU summit on Wednesday where she must secure another Brexit extension, until June 30, to prevent Britain crashing out the bloc at the end of next week with no accord.

“We must deliver Brexit and to do so we must agree a deal,” May said in a statement released by Downing Street, adding the two main parties agreed on major aspects of Brexit.

“That is the basis for a compromise that can win a majority in parliament and winning that majority is the only way to deliver Brexit.

“The longer this takes, the greater the risk of the UK never leaving at all. It would mean letting the Brexit the British people voted for slip through our fingers.”

However after several days of negotiations with Labour, its leader Jeremy Corbyn complained he had not “noticed any great change in the government’s position so far”.

“I’m waiting to see the red lines move,” he added.

Meanwhile EU members, who must give unanimous backing to any further Brexit delay, are growing increasingly impatient at the dysfunction in Westminster.

They could offer just a shorter postponement — or a longer period of up to a year.

French Foreign Minister Jean-Yves Le Drian told reporters at a G7 meeting in France on Saturday that it was time for the Brexit crisis to end.

“The British authorities and the British parliament need to understand that (the EU) is not going to be able to constantly exhaust itself with the ups and downs of domestic British politics,” he said.

However Irish Prime Minister Leo Varadkar cautioned it was “extremely unlikely” a member would veto another extension, while revealing he now favoured a lengthy delay.

Despite the continued uncertainty over Brexit, it emerged on Saturday that the British government has begun issuing passports with the words “European Union” removed from the front cover.

The interior ministry said a longstanding decision to start introducing the travel documents without reference to the bloc had gone ahead from March 30.

But it confirmed that some newly issued passports will still bear the bloc’s name due to an attempt to save public money by using up “leftover stock”.

The government in 2017 announced that it would return to traditional blue passports “to restore national identity”, pleasing Brexiteers but drawing scorn from Remainers.

The travel documents had dark blue covers from 1921, but Britain switched to burgundy from 1988, in common with other members of the-then European Community.

The new production contract is to begin in October 2019, with passports currently being issued in the burgundy colour.

Whether Britain will have left the bloc by then is uncertain.

Even those of May’s Conservative colleagues who back her deal have denounced any outreach to Labour, while the most hardline Brexiteers remain implacably opposed to her deal.

Reports in Britain’s Sunday newspapers said Tory MPs would try to oust May if Britain had to contest European Parliament elections in late May as part of a lengthy Brexit delay.

But Finance Minister Philip Hammond, who backed Remain in Britain’s 2016 referendum and is seen as favouring as soft a Brexit as possible, urged his divided party to show flexibility.

‘No red lines’ in talks with the opposition Labour party, Hammond says

“We should be open to listen to suggestions that others have made and some people in the Labour Party are making other suggestions,” he said.

Labour is pushing for a much closer post-Brexit alliance with the EU, including participation in a customs union.

May has previously dismissed the idea because it bars Britain from striking its own trade deals with global giants such as China and the United States.

But the opposition party is also facing internal division on the issue.

Eighty Labour MPs wrote to Jeremy Corbyn on Saturday urging him to secure a guarantee of a second referendum in any Brexit deal he reaches with May. 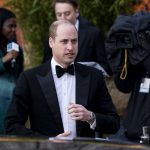