Pattaya’s mayor Sontaya Khunpluem, who recently declared himself a resounding success, has AGAIN failed to prevent the city from flooding after a recent downpour.

Despite claiming to have spent billions of tax-payer money on drainage upgrades Pattaya was once again gridlocked with, in some cases, a meter of water blocking the main roads.

Mayor Sontaya says the reason for the flooding is that half of the city’s water pumps are broken and that work was now underway to repair them all.

He then blamed Covid-19 which he says has significantly delayed city projects to install larger drainage systems and that the project is ongoing and not complete.

The city put most road construction projects on hold, including drainage projects, for several months due to the Covid19 crisis.

He confidently announced that when this work is complete the city’s residents will see a big improvement in the drainage systems the next time it rains.

Which is something the mayor has been saying for many years now? 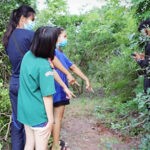 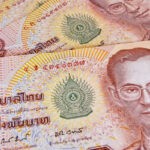 Thai baht is on the SLIDE