A recent survey carried out by the Pattaya today newspaper has looked into the current worries of the regular Pattaya Expat.

The key matters concerning long-term farang in Pattaya are visa prospects and their own health care.  That is according to a local survey carried out by Pattaya Today with 100 expats, mostly retired British but also involving mainland Europeans, Americans and Australians.  The newspaper is not claiming this was a scientific survey but was conducted by interview and telephone over a two-week period.

Almost all those contacted said their biggest concern at present was the ambiguity which they sensed about future visa policy in Thailand.  At present most long-stay farang have a one year extension of stay based on retirement.  A new 10-year visa for those over 50 years and their families has been introduced by the government, but the rules are complex – requiring police clearance from the home base and many financial documents –  and can only be obtained in the country of origin and not in Thailand.

In spite of rumours to the contrary earlier this year, the current retirement visa has been left untouched by the immigration authorities.  It requires annual foreign income or cash in Thailand, or a combination of both, of at least 800,000 baht.  Yet many expats are concerned lest the rules are changed, for example a doubling of the cash or income requirement or a supplementary rule demanding comprehensive medical insurance.

However, a senior immigration source told Pattaya Today there are no plans to raise the financial floor limits, although he did say he had some reservations about the so-called “embassy letter” appearing to confirm an applicant’s yearly income from abroad since the procedure involved only an affidavit with little or no paperwork such as checked bank statements.  He also pointed out that it was open to retirees to apply in Thailand for the mini-Elite card which offered a five year, multiple-entry visa for a one-off payment of 500,000 baht.

Another source of concern to the majority of expats was their own health care.  Many are now in their 60s and 70s, although most seem to have a strategy of sorts to deal with the problem.  A surprising number, about 50 percent, still managed to maintain some sort of cover which was a protection against bills for substantial in-patient care in private hospitals.  Others had a reserve cash fund which they said would come into play if an operation was required.  The remainder thought they would probably return home in an emergency, provided they were fit to travel, or would rely on relatives back in the first country.  Several maintained that they would
likely seek medical treatment in a third country, such as India, where medical costs were thought to be much lower.

Other concerns expressed by expats about living in Pattaya were the rising cost of living, blamed both on domestic inflation here and the devaluation of many currencies, especially the British pound.  Those who found themselves with less money to spend said they had cut down on eating out and were resisting the attractions of expensive imported food items in supermarkets.  Also mentioned as hazards were pollution, street crime, beach restrictions and ongoing police and army crackdowns on places of entertainment.

Only 15 percent of those participating thought it was likely they would quit Thailand.  The majority mentioned having Thai partners and children to support, enjoying the warm weather, having access to leisure facilities such as golf and still finding Pattaya “a city of fun” in spite of any reservations they might have.  About a quarter of respondents had looked into a possible move to a neighboring country but had rejected the idea.  Cambodia, in particular, had a free-and-easy visa policy and was still cheaper than Thailand but was not geared up for expat living.  “I tried it for two weeks”, said one 68-year old, “but nearly all the expats were working and I couldn’t find anything to do.”

9,200 baht fine for teen shouting and spitting at police 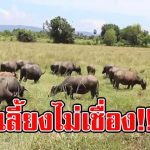