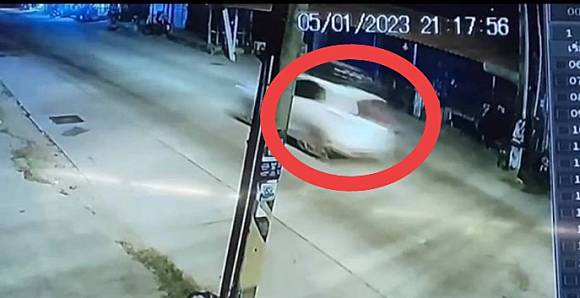 The media has access to CCTV footage of the incident. On the footage, the victim, Mr. Neil Lewis Roger, 70, who was riding his motorcycle home, can be seen attempting to flee as a white car with various equipment strapped to the roof chases him.

On the Sukhumvit Road (Bang Na – Trat), into Soi Chaiyapruek, the suspect pursued the victim for approximately 1.88 kilometers. The white car can then be seen abruptly stopping in front of Mr. Roger’s motorbike on the CCTV footage before the driver emerges and starts firing at the unarmed victim who is trying to flee.

TPN media has chosen not to make the CCTV video available on our platform due to its graphic nature, the potential for upsetting sensitive viewers, and the potential for offending the victim’s family. However, Thai police claim that they were able to identify a key suspect in the killing and a potential reason for it from the CCTV footage.

More than 50 members of the Special Weapons and Tactics Unit blockaded the suspect’s home in Huay Yai, which is about 500 meters away, last night (January 6). A drone was flying overhead while officers stayed at the house for more than three hours. Nobody appeared to be home because no one entered or exited the residence.

According to police, Mr. Apichart Boonsawat has been given an arrest warrant for murder and unlawfully carrying a firearm in public, according to the Pattaya News. As of the time of publication, the culprit was still at large, and police were still looking for him while pleading with him to come forward.

Based on CCTV footage, Thai authorities believe the homicide was the result of a road rage-style altercation. 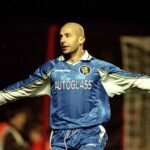 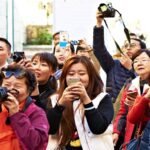 China anticipates a 75% increase in air travel over pre-pandemic levels.