Home » Pattaya beaches seem to be getting worse 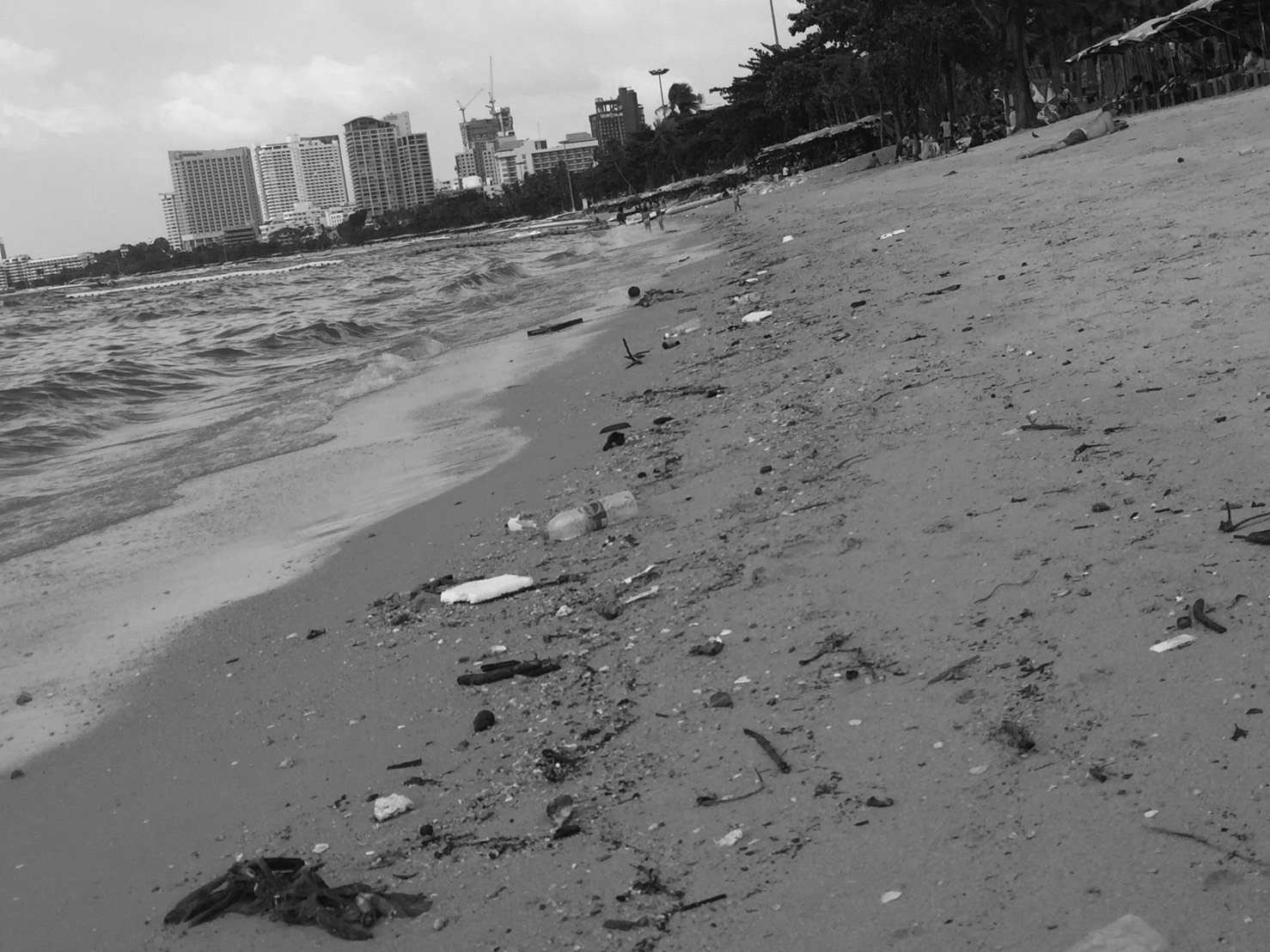 Pattaya beaches seem to be getting worse

After several reports appeared in the media regarding the terrible state of Pattaya beaches, it seemed the authorities had put a plan together to deal with the problem, but recent photo’s tell a very different story.

The latest images are proof that no improvement has been made to the dirty beaches in South Pattaya what so ever, in fact, there is a strong argument that they have actually got worse.

Both locals and tourists have been complaining about the problem for months, with the mainstream media getting involved too. It was only then that the powers that be down at city hall were forced, for want of a better word, to take action.

Plans were put in place and regular beach clean ups were organised and things were looking up, however, that only lasted a few weeks before the plans were abandoned, just like the beaches again.

It’s not just the tourist that are being effected too. Actually, the tourists are not so much of a problem as they have simply made their way to other more attractive beaches along the coast, such as Bang Saray, which is a short 15-20 minute drive away, or even Sattahip’s beaches, which are in pristine condition due to the fact that they are kept and maintained by the Thai army.

The local business owners and beach vendors however, are the ones in real trouble and they haven’t held back in letting their voices be heard.

I can’t put my finger on what the problem is, whether it’s the authorities not knowing where to start, or not having the slightest idea of how to deal with the problem at all.

Whatever it is, the idea of turning Pattaya in a “World Class Family Resort” is a million miles away at the moment and that doesn’t look like it’s likely to change in the near future either.