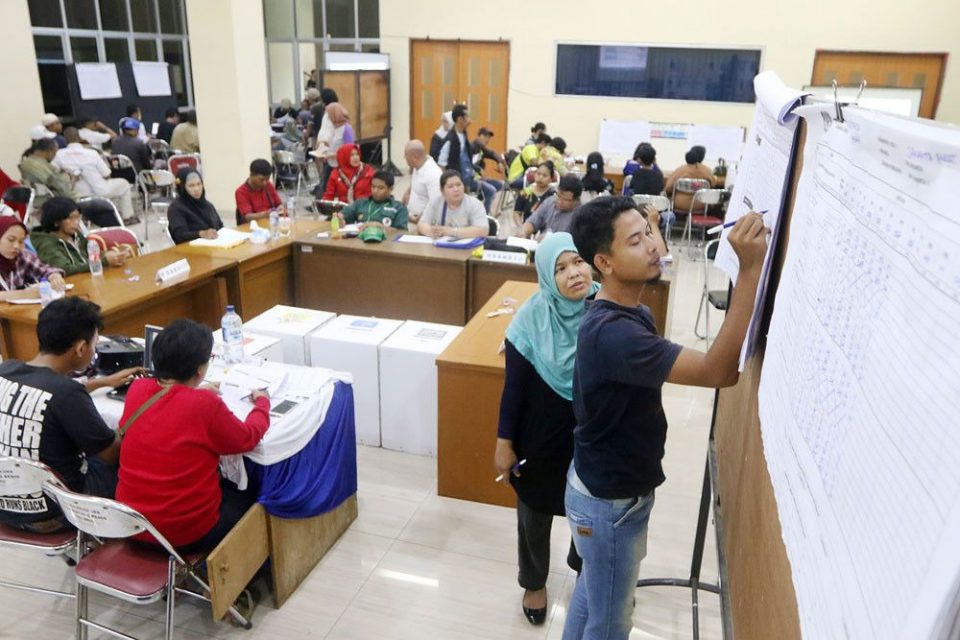 The Health Ministry has announced that a majority of the more than 100 local poll administrators (KPPS) who died in four provinces following election day had suffered a stroke or heart attack.

Data from the General Elections Commission (KPU) showed that most of those who died were between 50 and 70 years old.

Health Ministry secretary-general Oscar Primadi called on the public to refrain from speculating on the causes of the officials’ death. He also dismissed accusations that the deaths had been orchestrated.

“The deaths of election officials were not something we expected. Their duties required excellent health. Therefore, the officials who were already suffering from certain illnesses likely began showing symptoms after working long hours,” Oscar said in a written statement.

According to government data, 496 poll administrators died after election day across the country. Witness reports say the victims were exhausted after working twelve hours nonstop.

Oscar said the Health Ministry had deployed health workers to polling stations and increased their numbers after the death toll continued to rise.

“The medical workers were there to provide health checks during the election for the officials and voters,” he said.

The KPPS deaths have triggered rumors and accusations surrounding the election process. The campaign team of presidential ticket Prabowo Subianto and Sandiaga Uno has claimed that the fatalities were somehow connected to efforts to commit election fraud that would disadvantage its candidate pair.

On Wednesday, Prabowo demanded that authorities conduct an autopsy on the deceased, saying that never in Indonesia’s history had an election caused this many deaths.

A group of election observers from Gadjah Mada University’s (UGM) School of Politics and Social Sciences (Fisipol) challenged the accusations.

It pointed out that the immense pressure poll administrators had felt from the challenging ticket’s constant claims of cheating may have had an effect on their health.

“They may have become depressed, gotten sick and then died,” team leader Abdul Gaffar Karim said on Thursday.

He also underlined that aside from old age, the recruitment process for KPPS officials was flawed because it did not require participants to declare their health problems.

They were only required to deliver letters from community health centers (Puskesmas) stating that they were healthy.

The team is currently working with its counterparts from the UGM’s School of Medicine and School of Psychology to study the deaths.

“The result of our research will be a recommendation on how to improve the country’s election system,” Abdul said.

Fisipol dean Erwan Agus Purwanto assured that the study would not delegitimize the 2019 election process since the deaths had been “unplanned and occurred across the country”.

School of Psychology dean Faturochman said his team would study the workload of KPPS officials, who were responsible for opening polling stations and later count and report ballots for legislative and presidential elections.

School of Medicine dean Ova Emilia believes that many of the KPPS officials might not have been aware of the risk of their illness. For example, heart-related illnesses could lead to death when a person is severely fatigued, she said.