Home » Nuclear arsenal is ‘biggest risk to the world’ 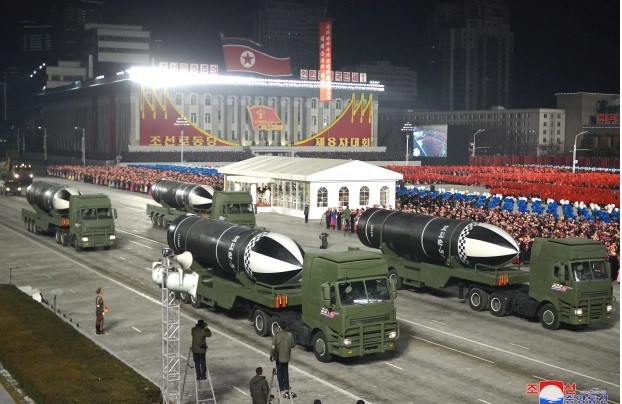 NORTH KOREA has been branded the biggest threat to the world as Kim Jong-un is feared to ramp up weapons testing to taunt US President Joe Biden.

The Council on Foreign Relations (CFR) identified the biggest challenges for the coming year – and Kim’s quest for nukes was the experts’ number one most dangerous.

North Korea has quietened down over the last few years as Kim chummed with former US President Donald Trump with a symbolic summits.

It is believed however very little was actually achieved by this diplomatic charm offensive.

Kim continued to develop missiles and did not manage to strike a deal with the US over his nukes, which he still refuses to give up.

Scott A Snyder, a senior fellow for Korea studies and director of the program on US-Korea policy at CFR, said the danger from North Korea has always been there.

He said: “President Obama warned president-elect Trump in November 2016 that the most vexing international security threat he would face would emanate from North Korea.

“Two nuclear tests, myriad long-range missile tests, and three Trump-Kim summits later, the magnitude and likelihood of North Korea posing a catastrophic threat to US national interests is greater than it was four years ago.”

It warned military tensions are likely to flare up again on the Korean Peninsula – which was already pushed to the brink last year Kim ordered the destruction of a key liaison office with South Korea.

Kim is believed to be plotting to use his nuclear weapons testing as a way to taunt Biden – in the same way he did with Trump and Barack Obama.

Kim has declared the US is North Korea’s “foremost principal enemy” and has slammed Washington’s “hostile policy” towards Pyongyang.

The country is currently racked with economic hardships, having been ravaged by storms, famine and the coronavirus pandemic in 2020.

However, Kim has always insisted there has not been a single case of Covid in North Korea – a claim which has raised eyebrows.

Justin Hastings, a professor in International Relations at the University of Sydney, told news.com.au: “North Korea has been developing increasingly sophisticated nuclear weapons and long-range missiles … and every time they test them it can lead to instability in the region.

“The US and its allies and the UN impose sanctions but at the same time North Korea behaves very provocatively.

“They staged drills 10 years ago which actually likely sank a South Korean warship … and every time they test a weapon there’s a potential for the breakout of war as there’s always a chance of miscalculation, or that they will push too far and the US won’t take any more.”

He said: “The way I see it, if the US returns to that policy we will see North Korea continue to develop its missiles.”

And he added South Korea may offer concessions which would spoil any leverage the US has to denuclearize North Korea as President Moon Jae-in attempts to secure a legacy of peace.

He said: “I believe Biden is a more bureaucratic man who supports and respects institutions rather than an autocratic way of handling a crisis so I think North Korea lost the window of opportunity it had for the past few years.

“Joe Biden will try to avoid either extremes … Trump was playing a complicated game in relation to North Korea.”

President Biden has reportedly ordered a review of US policy on North Korea as he weighs further actions against the regime.

US Secretary of State Antony Blinken said the administration views North Korea as a “growing problem” that “has gotten worse across administrations.”

North Korea has previously branded Biden a “rabid dog” who needed to be “beaten to death with a stick“, while Joe has previously slammed Kim as a “thug”.

And speaking earlier this year, Kim boasted a major advancement in its weapons technology – claiming his regime is in the “final stage” of developing hypersonic weapons.

Able to travel at 4,000 miles per hour, hypersonic missiles can in theory obliterate any place on Earth within three hours.

Unlike standard ballistic missiles, hypersonic missiles don’t have a simple trajectory and as a result could transform future warfare.

North Korea is currently believed to have enough material to build 45 nukes – which would be capable of wiping Japan off the map.

Meanwhile, Kim has reportedly banned “non-socialist” hairdos – leaving North Koreans facing being arrested if they do not have one of 15 state-approved trims. 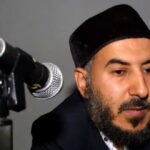 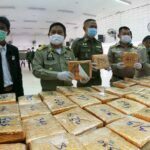