Notorious Japanese ‘thief: A Japanese man wanted by the authorities in Japan for allegedly stealing 50 million yen (Bt14.7 million) worth of luxury goods has been arrested in Chon Buri, a Thai immigration chief said on Thursday.

Itthipol said Koto was wanted on an arrest warrant issued by the Fukuoka court for having allegedly broken into apartments to steal luxury goods during the past 20 years.

Itthipol said the Immigration Bureau has a record of Koto entering Thailand 13 times since September 2017.

The last time, he entered Thailand via the Thai-Lao Friendship Bridge checkpoint on July 29. After being contacted by the Japanese embassy, the Immigration Bureau cancelled his entry visa and arrested him.

Itthipol said the Thai police would investigate why the fugitive entered Thailand several times. He would be extradited after the police finish their investigation, Itthipol said. 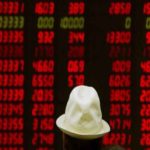