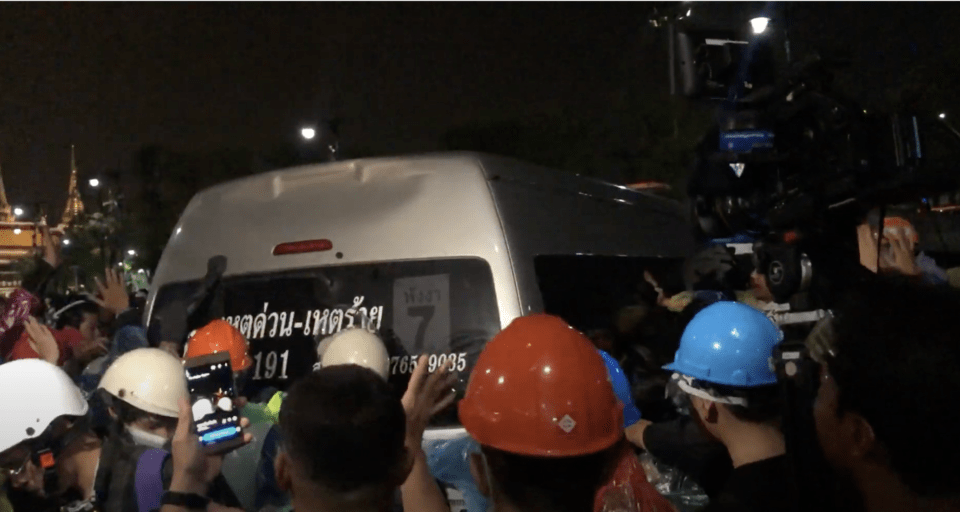 Protesters attacked a police van during a rally in Bangkok, Thailand, on Sunday night November 8.

Large crowds marched towards the Grand Palace in the Thai capital to hand over a letter addressed to the King, which called for political reforms.

However, on the way to the historical building used by the Royal family, a police barrier of vans and buses blocked the roads. Protesters that began attacking several vehicles were hit with water cannons in response.

The two groups, Free Youth and Free People, who organised the demonstration at the Democracy Monument, said King Maha Vajiralongkorn should listen to their view. ”If your words, ‘We love them all the same,’ are true, you should accept letters from everyone, not just those in yellow shirts who shout ‘Long live the king.’ Treat everyone the same,” the groups said in a statement.

Youth-led student protest groups backed by activists and disaffected opposition parties are calling for constitutional changes that would limit the power of the government.

They are also calling for reforms of the monarchy. The protests calling for greater levels of democracy have erupted across the country over the previous three months. 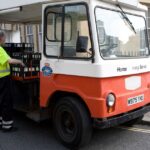 The milkman who became a secret agent 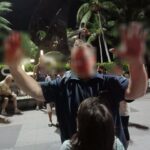