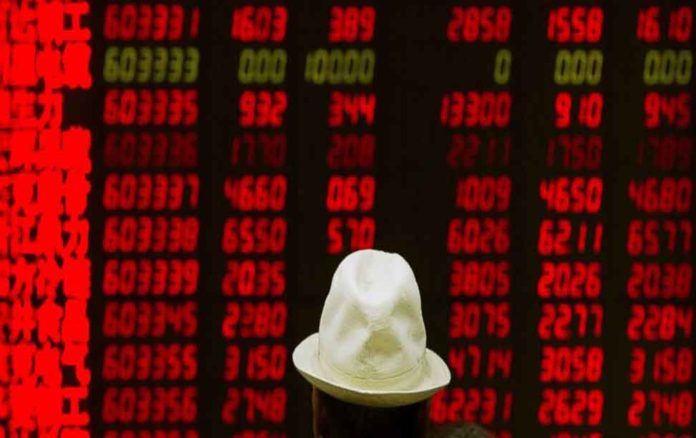 Asian Investors: Asian equities were mixed Thursday following the previous day’s rout as concerns about contagion from emerging markets fray investor nerves, while sentiment is also being dampened by the possibility of further US tariffs on China.

And while EM currencies, which have taken a battering in recent weeks, enjoyed a much-needed breather, there are warnings of further pain to come in foreign exchanges.

Worries that financial crises in Argentina, South Africa and Turkey will spill over into major economies fuelled a blood-letting across Asia on Wednesday, which filtered through to Europe.

“Contagion is a normal reaction,” George Boubouras, director at Salter Brothers Asset Management, said on Bloomberg Television. The contagion “will get worse”, he warned.

Wall Street ended mixed with the Dow edging up but the Nasdaq took a hit from a sell-off in tech firms as top officials at Facebook and Twitter struggled in congressional testimony and the White House warned of a possible legal crackdown.

Trump “has the tech giants in his sights” following his claims of political bias against conservatives, said Greg McKenna, chief market strategist at AxiTrader.

“That’s important for global markets because the only thing between where we are today and a complete rout is the relative stability of US stocks. And we know a big chunk of the S&P’s rally has been the performance of tech stocks whose rally has been going increasingly vertical.”

On currency markets, the Indonesian rupiah edged up after hitting its lowest level since the Asian financial crisis 20 years ago, while the Mexican peso and South African rand also posted gains.

However, McKenna warned that pressure remains on traders and said “any hiatus in the forex universe is just a little calm in an enduring storm”.

While the emerging market sell-off is in focus, Donald Trump’s trade rows continue to play out, with a public consultation on his threatened tariffs on $200 billion of Chinese goods ending later in the day.

Investors are keeping a nervous eye on Washington after the president said last month he wanted to impose the levies as soon as the deadline passes.

And talks between the Washington and Ottawa on the revised North American Free Trade Agreement are continuing, with Canada’s Foreign Minister Chrystia Freeland saying the two are making “good progress”.

Trump has repeatedly threatened to leave Canada out of a revised NAFTA, after a deal between the US and Mexico was struck early last week.