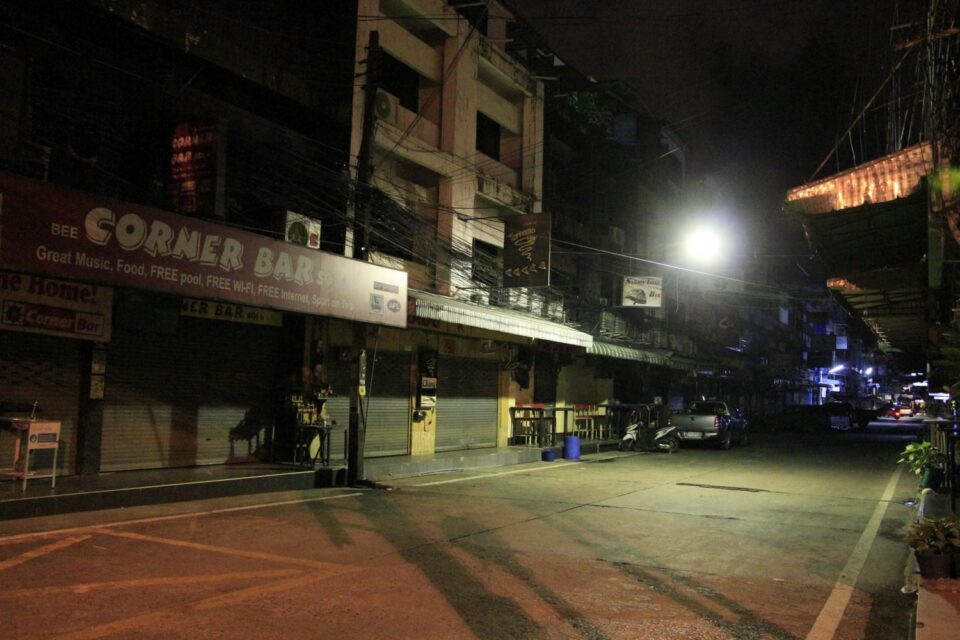 Some might see it as the invisible economy, as it only happens at night. However, we cannot help admitting that the night-time economy brings valuable economic, social and cultural sparkle to urban areas.

Night-time economies are an important part of Thailand’s broader tourism business which saw 40 million visitors annually, generating revenue of about 2 trillion baht a year before the pandemic.

The term night-time economy is used to describe a wide range of economic activities between 6pm and 6am. It normally categorises activities into five subcategories: food service, bars, arts, venues, and sport and recreation.

Undeniably, bars and nightclubs play a prominent part in night-time activities. The nightclub and bar sector in Thailand alone is estimated to contribute around US$5.5 billion to the economy which is slightly over 1% of GDP, according to the World Bank.

Nonetheless, the nightlife areas, which are often densely packed, are linked to the spread of the coronavirus. A cluster of infections broke out at a Bangkok nightclub in mid-March, leading the metropolitan and central governments to clamp down harder.

Cities around the world are beginning to ease lockdowns, and the government by the middle of this month declared waiving quarantine for fully vaccinated visitors from 10 low-risk countries, starting Nov 1, in a bid to revive the battered economy.

In the latest development, Prime Minister Prayut Chan-o-cha said on Thursday Thailand will allow vaccinated visitors from 46 countries — including Britain, the United States, China, Singapore, Germany and Australia — to forgo quarantine from early next month, up from 10 previously announced.

But scores of night-time businesses remain shut and bars are mostly still silent amid the ban on alcohol sales to curb the spread of coronavirus, prompting people in the industry to question the effectiveness of the reopening plan.

Given foreign tourists have high spending power and their preferences to spend money on food and drink both by day and night, Thailand will definitely lose a huge opportunity to neighbouring countries like Singapore and Vietnam, which promote their tourism with the ability to consume alcoholic drinks, if the country reopens with a ban on alcohol sales at restaurants still in place, said Thanakorn Kuptajit, executive secretary of the Thai Alcohol Beverage Business Association.

“All businesses should have the same opportunities when we reopen,” he said. “The country’s reopening plan should come up with the opening of opportunity for restaurants to sell alcoholic drinks under effective safety measures and risk management,” Mr Thanakorn said.

According to Mr Thanakorn, as far as his association has talked with many business operators in the entertainment sector, the association is confident that the economy will revive if the reopening simultaneously comes with an easing of the ban on alcoholic drinks at restaurants along with clear directives and proper measures.

Mr Thanakorn said the government’s measures should be clear, suitable and effective enough to prevent Covid-19 infections and for operators to continue their businesses.

“We want to see more cooperation between the government and representatives from the alcoholic beverage sector,” he proposed.

“The government should let our representatives talk and directly express the concerns of operators and ideas about risk management of beverage operators to make the economy go forward after reopening the country,” Mr Thanakorn said.

A diner at Bangkok’s Sukhumvit 55, an area in Thong Lor. WICHAN CHAROENPAKUL

CLEAR DIRECTION A MUST

Sanga Ruangwatanakul, president of the Khao San Business Association, said the government should particularly clarify curfew measures, citing such measures play a key part in foreign tourists’ decision to visit Thailand if they have to take night flights.

Apart from the curfew, the government should allow the sale of alcoholic drinks at hotels and restaurants. Moreover, the price of travel insurance for foreign tourists should be on par with other countries in this region, he said.

“We have to keep our competitiveness because other countries want to draw foreign tourists in order to boost their economies faster,” Mr Sanga said.

He proposed that the sandbox scheme for Bangkok should be scrapped because it is difficult to control as Bangkok connects with several provinces.

Mr Sanga said the government should have the readiness to reopen the country, providing clear information on regulations for foreign tourists via organisations that are related to the Tourism Authority of Thailand and the Foreign Ministry.

For food and restaurant operators, the government should lift the ban on selling alcoholic drinks at restaurants because 80% of the income of people in the Khao San area comes from tourists.

“Only 3-4 food operators from over 100 players have now resumed business after the government approved last week reducing the number of dark red provinces under maximum and strict control measures to 23, with the night-time curfew shortened by two hours, changing to 11pm to 3am,” he said.

Nonetheless, he expects 100,000 foreign tourists to visit Thailand during the remaining two months of this year if the country is reopened next month.

Marisa Sukosol Nunbhakdi, president of the Thai Hotels Association, said food culture in Western countries is deeply involved with alcoholic drinks. Sipping wine or beer during meals is normal for guests from those countries who are now becoming the major market for Thai tourism in the reopening stage.

She said restrictions on alcoholic drinks in restaurants and the early closure of restaurants at night in the past few months has affected travel demand as some travellers don’t want to visit the cities and face such tight restrictions.

Mrs Marisa said sales of alcoholic drinks normally contribute a large revenue portion for hotels that have a reputation for food and drinks or famous pubs and restaurants. If nightlife businesses can restart in December as planned, it will also boost the overall sentiment for the tourism business.

“It was not only restaurants in hotels that were severely affected by alcohol and nightlife bans, entertainment venues and those occupations involved in this business, such as musicians, are the most impacted industry,” she said.

According to the Tourism Council of Thailand survey in the third quarter, entertainment venues were the only businesses from eight categories in the tourism supply chain that saw revenue decrease by 100% compared with the pre-Covid period.

“Employees in nightlife businesses face a more critical situation than those working for hotels. Hotel staff can shift to other posts in hotels or take leave without pay on a temporary basis, but nightlife people have been completely jobless in the past four months,” she said.

Mrs Marisa said Thailand has a strong reputation globally for its nightlife, boasting plenty of famous bars and restaurants. Terminating a month-long ban on nightlife and imposing preventive measures should be a more appropriate option for businesses that heavily depend on the tourism sector.

“Limiting the number of guests and requiring them to show a vaccine certificate should help basic screening and balance healthcare measures with the economy,” she said.

A new sign lights up the entrance to Walking Street in Pattaya where business has ground to a halt since the Covid-19 pandemic drove away foreign tourists. Many entertainment and retail outlets on the street are closed, several of them permanently, while others were renting out their premises to keep themselves afloat. Nutthawat Wicheanbut

Tanit Choomsang, president of Chiang Mai Restaurant & Bistro Association, said the association is asking the provincial administration to allow restaurant operators, except pubs and bars, to sell alcoholic drinks between 7pm and 9pm and allow hotel operators with SHA (Safety and Health Administration) Plus certificates to sell alcoholic drinks at their restaurants after the reopening on Nov 1.

“Covid-19 infections in Chiang Mai are not spread from restaurants but from workplaces and families,” said Mr Tanit. “Although sales of alcoholic drinks are not allowed, local Covid-19 cases have risen to 300-400 cases per day.”

According to Mr Tanit, around 100 operators have so far received SHA Plus certificates.

If the province allows them to sell alcoholic drinks, it will help lift standards of the food industry in Chiang Mai, as more restaurants will be encouraged to get SHA Plus certification.

At present, only 50% of restaurant operators in Chiang Mai have reopened while the remaining 50% have yet to make their decision because they are not confident whether their sales will be good or not if they reopen without selling alcoholic drinks, according to Mr Tanit.

Sumate Torsahakul, owner of street food brand Praram 9 Kaiyang, said he has witnessed improving sales at his street food stores since the state eased lockdown measures and consumer sentiment has gradually improved after the state announced reopening the country in November.

“We want the government to allow foreign workers to legally come back to Thailand because the food industry relies heavily on them,” Mr Sumate said.

According to Mr Sumate, despite the country’s reopening and the mood getting better, it would take time for the overall market to recover while the company is still cautious about doing business.

He has shifted to cloud kitchens instead of opening new stores which require high investment and is ramping up the delivery channel. Three cloud kitchens will be opened next year on the outskirts of Bangkok. Currently, Mr Sumate operates six Praram 9 Kaiyang stores at retail stores in Bangkok and one in Pathum Thani province.

Pattaya is deserted at night during the Covid-19 pandemic. Chaiyot Pupattanapong

NO SHOW AT TIFFANY’S

Alisa Phanthusak, chief executive of PTS Holdings Group, operator of 46-year-old Tiffany’s Show Pattaya, Woodlands Hotel & Resort and Woodlands Suites Serviced Residences, said although the country is scheduled to reopen early next month, her company remains cautious about investment in both the show and hotel business.

Mrs Alisa said the tourism business is expected to remain in difficulty over the next 3-4 years.

PTS Holdings Group started to open Woodlands Hotel & Resort with 20 rooms out of the total of 150 after the government eased the lockdown in October.

“We don’t think many foreign tourists will return after the reopening. Each province has different customer profiles. Russians, for instance, are target customers for Pattaya. What we will offer them to revisit the country is most important,” she said.

Mrs Alisa said as most Thai people are uneasy about leaving home, it is impossible to open Tiffany’s show this year.

“As long as the government doesn’t have effective measures to stop the spread of Covid-19, there is less opportunity for Tiffany’s to reopen its services,” she said. “Pattaya is the city of nightlife entertainment, if alcoholic drinks are prohibited, Walking Street is dead.” 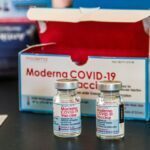 Moderna doses will go to those who placed orders