Home » New Millionaires in Thailand thanks to lotto 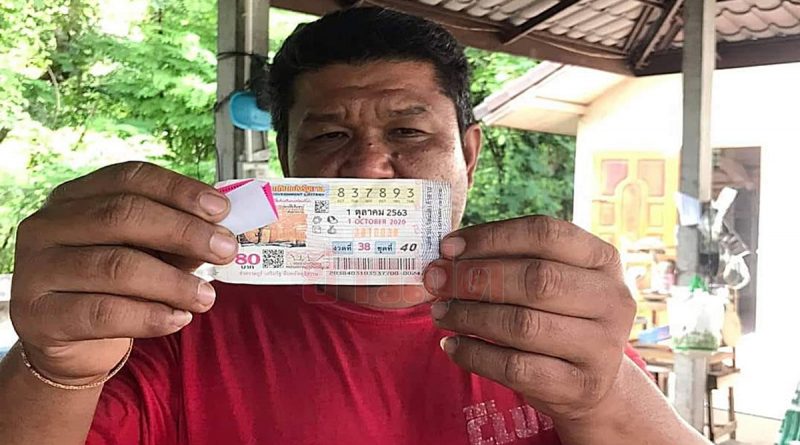 There are new millionaires in Thailand thanks to the latest government lottery draw on 1 October 2020. In this story, there are 2 new millionaires. The first win goes to a man who purchased the last lottery ticket. A Backhoe driver won a winning ticket bringing in 6 Million THB. The winner revealed he wanted to find the ticket with the number 59 but this was what he purchased instead. Somjai Srihabut 40 years old from Nong Bua Lamphu Province and his family went to file a report with  Police Major Wiwitchai Chaipat from the Nong Bua Lamphu City Police Station. Somjai has a winning ticket with the number 837893.

The Sanook News Team went to visit Somjai’s home. He lives with a big family including his mother, sister, and grandchildren. Somjai showed off his ticket to the news team and stated he works as a Backhoe driver. Somjai went to a gas station on the lottery draw date and was looking to find a ticket with the number 59. The seller only had 1 ticket left so he bought it just for good luck. When the winning number came out Somjai was shocked and almost fainted. The winner revealed he calmed down before visiting the police. Somjai has won the lottery 4 times in a row, this is his biggest win yet.

The next winner is a husband and wife who works at the local market in Trat Province. Metta Pomchaiya and Prasong Sangthim 41 years old from Bo Rai District went to file a police report at the Nong Bon Police Station. They had won a winning ticket, bringing in 6 Million THB. Metta stated that a lottery seller was selling tickets near her market stall. She chose a ticket with the number 93 and prayed that if she won the first prize Metta would go live with her dad at home. She has always had a hard life while raising 2 children.

Metta was selling goods as usual when she heard someone say the winning ticket had the number 893. She took out her ticket and realized the number matched her ticket, then she turned to a friend and asked what the front 3 digits were but no one knew. Metta took out her phone and went into Google. As soon as she knew that she had just won 6 Million THB, Metta screamed out of happiness and shouted to everyone in the market her good news. Metta made a promise to her late mother, that she would return to live with her father in Sakhon Nakhon Province if she won the first prize. The money will be used to pay off debt and help fund her children’s education. 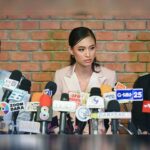 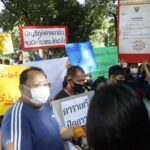 200 hotel employees have not been paid for 6 months