The Centre for Covid-19 Situation Administration (CCSA) reported 34 deaths and 1,983 new cases, including nine returnees, over a 24-hour period on Wednesday

Of the deaths, 13 were in Samut Prakan, 10 in Bangkok, two each in Pathum Thani and Nakhon Pathom, and one each in Suphan Buri, Samut Songkhram, Samut Sakhon, Phetchabun, Chonburi, Nakhon Nayok and Sa Kaew. Also included among the fatalities was a Finnish expat.

The ages of those who succumbed to the virus ranged from 33 to 93, and they all reportedly suffered from chronic conditions like high blood pressure, diabetes, obesity, etc.

Meanwhile, the nine returnees included five Thais – two from Laos, and one each from Germany, Switzerland and Cambodia. The other four arrivals were three Malaysians and one Cambodian from their own countries.

Bangkok again topped the list with 976 new cases, followed by 266 in Nonthaburi and 110 in Samut Prakan.

Over the last 24 hours, 2,006 patients have recovered and been discharged.

As of Wednesday, the number of confirmed cases in Thailand had risen to 88,907.

Of these, 85,491 infections had been contracted locally, including 25,629 who were found via proactive testing, while 3,416 were returnees.

Meanwhile, another 6,021 people were given their first Covid-19 shot in the last 24 hours, while 31,090 were given their second shot, bringing the total number of Covid-19 vaccine doses administered in Thailand to 1,935,565 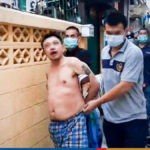 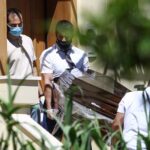