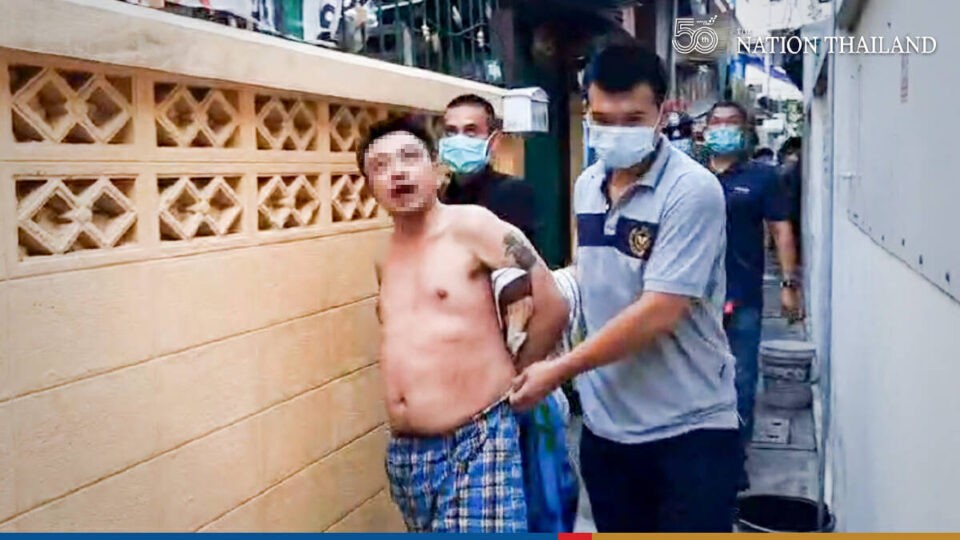 The arrest came after residents of Wat Tha Phra community alerted officials that an intoxicated man was wielding a knife and causing a commotion.

The drama erupted as a group of five Pheu Thai members went door to door in the community, handing out free Covid-prevention supplies.

“We knocked on the door of one house, which was later revealed to belong to Ronnarong’s girlfriend, and he answered the door,” said one of Pheu Thai members.

“Looking intoxicated, he grabbed a knife and chased after us as we ran away.”

After the group fled, Ronnarong reportedly ran back to the house and locked himself in. Police arrived and took around two hours to persuade him to drop the knife and turn himself in.

There were no reports of injuries from the incident.

Police say they found 1.92 grams of methamphetamine and drug-taking equipment in Ronnarong’s possession. He was taken to Tha Phra station for a drug test and to be charged 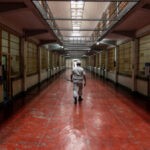