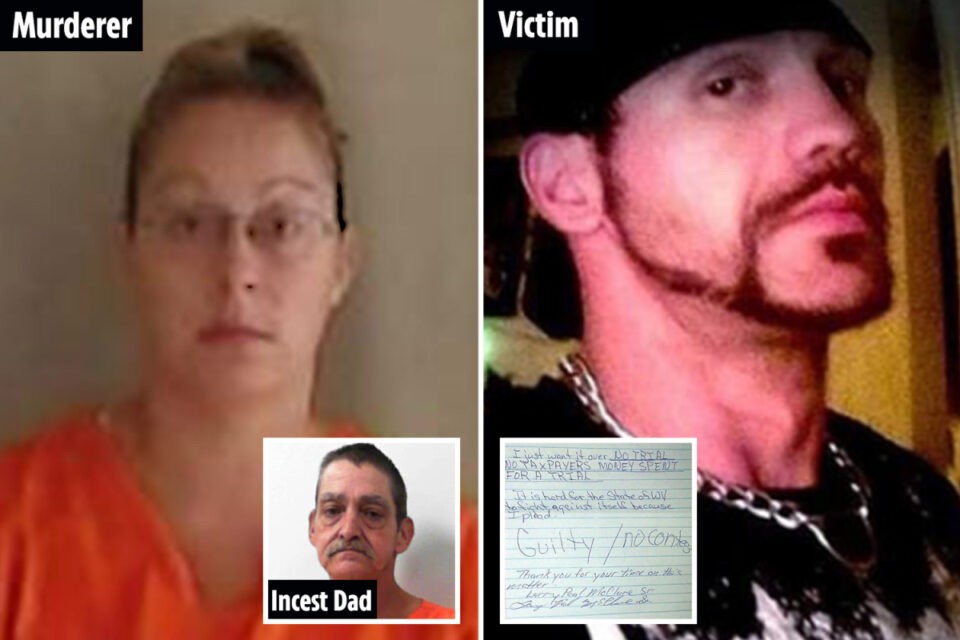 After all, what could be more romantic than cooking a meal for the woman he loved? Usually, John and girlfriend Amanda McClure would have celebrated the day at their home in Owatonna, Minnesota, but in 2019 they were visiting Amanda’s father.

Amanda, 31, and sister Anna Choudhary, 32, who lived in Boone, North Carolina, had grown up in adoptive families and were estranged from their biological father, Larry McClure.

The 55-year-old had spent more than 17 years in prison after being convicted of first-degree sexual assault on a minor. He was jailed when Amanda and Anna were children but had reconnected with his daughters upon his release.

He had driven to their homes and picked them up, along with 38-year-old John, before taking them to the house he was renting in Skygusty, West Virginia, where the four had spent 10 days together, getting to know each other.

Then, on 14 February, dad-of-five John bought all the ingredients for a romantic meal with the woman of his dreams, not realising her thoughts were now set firmly on another man – her own father.

Amanda and Larry had developed incestuous feelings for each other and were already busily making plans to be together – forever.

John was no longer a welcome guest in Larry’s home but an obstacle.

While John was trying to show his girlfriend how much he cared, she and Larry put their plot into action. Anna was about to play her part, too. The three of them persuaded John to join in a “trust game”. The plotters tied him up, leaving him vulnerable and unable to defend himself, before hitting him over the head with the bottle of wine he’d bought for his special celebration.

Then they injected him with two vials of homemade liquid methamphetamine and went on to torture their helpless victim in a killing that Larry would later refer to as “two or three days of hell”.

Amanda finally wrapped a black bin bag around John’s head and Anna strangled him while Larry held him down. They then buried him in a shallow grave in the back yard.

Paranoid after drug use

With John out of the way, Amanda and Larry immediately embarked on a sexual relationship. But after a few days, during which they’d all been taking drugs, the three killers started to become paranoid and believed John was still alive.

So the twisted trio dug him up to make sure. Then, using a hammer, they drove stakes into his corpse before dismembering it. The body parts were then reburied in a side yard and quicklime was thrown in to speed up their decomposition.

Three weeks after the killing, Larry, Amanda and Anna travelled to Tazewell County, Virginia, where the father and daughter lovers were married – illegally – in a Methodist ceremony on 11 March. They used a fake name to record the name of Amanda’s dad. Soon, though, John’s family were starting to worry. They hadn’t heard from him since February, and in June the mother of his three oldest children reported him missing.

In the meantime, Larry had moved to Kentucky with Amanda – but he had failed to inform the authorities of his whereabouts. This omission, which went against the terms of his parole, led to him being arrested in September 2019.

Stuck behind bars, he couldn’t move John’s body and believing it was only a matter of time before the remains were discovered and traced back to him, he said he wanted to speak to the police about a murder.

He revealed he, Amanda and Anna had killed John – and told officers where to find
the body. The remains were unearthed on 24 September.

Three months later, Larry made a detailed written confession. “I just want it over,” he said in his letter. “No trial, no taxpayers’ money spent for a trial… I plead guilty/no contest.”

The confession, which didn’t give any motive for the killing, also implicated his two daughters. He claimed the murder had been driven by Amanda – who had, he said, continued to cash John’s monthly social security cheques.

“All I can do is hope for mercy on this,” he wrote. “I will say I am sorry for my part in this.” Amanda and Anna were arrested and admitted their part in the killing – although both tried to lay the blame on the others.

Trying to shift the blame

Anna alleged that Amanda and Larry had ordered her to kill John and had threatened to harm her children if she didn’t help. Amanda, meanwhile, insisted she had been manipulated by her father and had little choice but to go along with the crime.

Larry was sentenced to life in prison last August, with no chance of parole, after pleading guilty to first-degree murder.

Amanda pleaded guilty to second-degree murder and in October, two months after her father was jailed, was sentenced to 40 years in prison. In an emotional statement given by video, John’s mother, Karen Smith, told the court in West Virginia that the killing had shattered her family.

“I just really want to know why she [Amanda] thought she could be God and take my kid,” she said. “She broke my heart and my grandkids’ hearts.”

After Karen had asked for a reason for her son’s murder, Amanda said in court, “The only answer I can give you as to why things happened is John was with me. My dad didn’t want anyone else near me. John told Larry that he loved me and we were going to get married.”

Suggesting she had been the victim of Larry’s abuse, she pleaded for forgiveness. “I have to look at myself every day,” she added. “My family didn’t raise me to be this way.”

But her attempt to shift the blame for her part in the killing to others failed to impress the court.

Judge Ed Kornish told her, “I don’t think you’re taking full responsibility for killing John – you’re blaming it on your father. The time you will serve is not an adequate amount of time for the pain you have caused.”

In April, Anna, who had pleaded guilty in January to second-degree murder, was also sentenced to 40 years in prison. She insisted she had acted out of fear that Larry and Amanda would hurt her family.

She said once John had been tied up, Larry’s demeanour seemed to change. “He sat down, and I don’t know, it was a grin that I’ll never be able to describe,” she said.

“But as John sat up and bent over to untie his feet, it all happened so quick. Amanda stood up and grabbed that bottle and bashed him over the back of the head with it.”

She described how they had beaten John and held him down as he pleaded for his life. She added that her sister and father had started their sexual relationship soon after John had been buried – and admitted having been a witness at their incestuous wedding.

All three killers were finally brought to justice over a truly shocking crime. 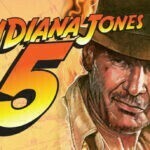 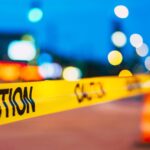 Horror as man is repeatedly stabbed while sitting in his car