I borrowed this Myth #9 from a solicitation for a donation from SWOP Behind Bars which I respect. I am making a modest donation and I urge you to do the same – or more.

John Kane, the author of lonely sex tourist and these articles, does not encourage help for organizations which spout huge, generalized numbers of trafficking victims, for example 24 million slaves, and/or attempts to conflate all trafficking as slavery.

There is no such thing as modern slavery. This is another myth used to inflame people inappropriately. Many truly poor people do jobs which others may find dangerous or immoral, but it may also be the best job available to them.

The nature of work is changing. Many people cannot adapt to this change.

That does not make them slaves.

In my own case my job required that I have a MCSE qualification (Microsoft Certified System Engineer) requiring that I pass five tests which for me were very difficult. Frankly, it was more difficult than my MBA. There are many rural men whose family background was in agriculture, construction, or forestry. As these men grew up, they may have never expected to do more than follow in the footsteps of their fathers. But those jobs they aspire to be rapidly being replace by machinery. The jobs they find themself heading for might be considered “slavery” by outsiders. They will be told that they should / must learn new skills only to discover that those skills are beyond their ability to learn.

Women are in the same situation and discover sex work as something accessible which also pays well. Both men and women are drawn to migration.

Organizations who talk about “modern slavery” tend to offer lists telling people when to suspect someone is trafficked should also be held in suspicion. There are many organizations which receive generous grants and donations based on our emotional concern for women and/or children. But many claims about harm to women and children is highly exaggerated.

Please remember some people do have really crappy jobs, but let’s not call them slaves or donate money to third parties. Demography tells us that people now outnumber jobs. Skill levels for many modern jobs are beyond the abilities of many people. But, in a way, we are lucky to have really horrible jobs which, if unpleasant, do feed families even as they struggle to move on to better opportunities.

The United States, the source of some many of these ideas, cannot recreate a health strong middle class which we might think we deserve but since the beginning of this new Century has been dying a slow death due to changes in social conditions.

Sex work, and specifically prostitution, is actually helpful because it will always be with us. Women from poor families will survive a period of transition as these changes take place. World population is now at almost eight billion, but may gradually, or quickly, return to world population of maybe 6 billion or 5 billion or even less.

There will be some, as there are now, who will consider prostitution to be one of those horrible jobs and anyone who is involved in prostitution must be slaves. But for others in our future, and true now, it is prostitution which will be a salvation. It is effectively an invaluable non-government public service which feeds and shelters the most desperate among us. 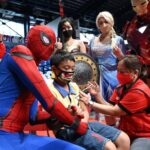 Philippines may give away shots as take-up slows 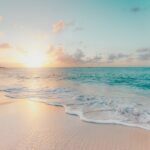 My 6 best beaches around Pattaya