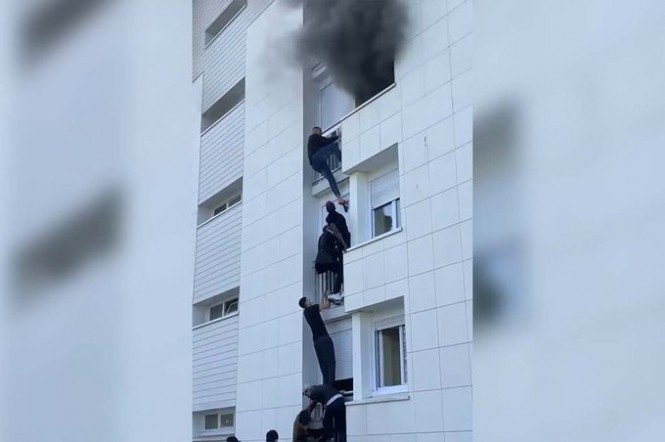 A group of young people in the French city of Nantes are being hailed for rescuing a family from a fire in an apartment building.

Dramatic footage shows them scaling the side of the building and helping the parents escape their third-floor flat on Sunday afternoon.

Mattresses were brought to the foot of the building and the couple’s six-month-old baby was thrown to safety.

She was taken to hospital in a critical condition but is said to be recovering.

One of the youths involved in the rescue, Tahmid, told the Ouest-France website that the decision to throw the infant from the balcony was “the last possible solution” as smoke billowed from the building in the Bottière district of Nantes.

The fire also spread to other flats in the building and firefighters rescued several other people.

Kenza Zekkar, the leader of local youth organisation Bien-être et solidarité Pays de la Loire, told the BBC that she had organised the family’s rescue while local residents waited for the fire service to arrive.

Her husband was among the young men who climbed the outside of the building to help bring the parents to safety, she said.

Her organisation is now calling for three of those involved in the rescue, who are all migrants, to be given official papers and housing.

An online petition addressing French President Emmanuel Macron has also been launched, calling for “honour and recognition for the heroes of Bottière”.

The story echoes the case of a Malian migrant who was widely praised for climbing the outside of a building to rescue a small boy dangling from a fourth-floor balcony in Paris in 2018. 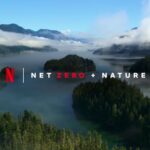 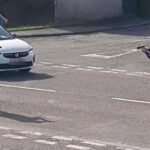 Armed cop faces off with gunman in terrifying stand-off