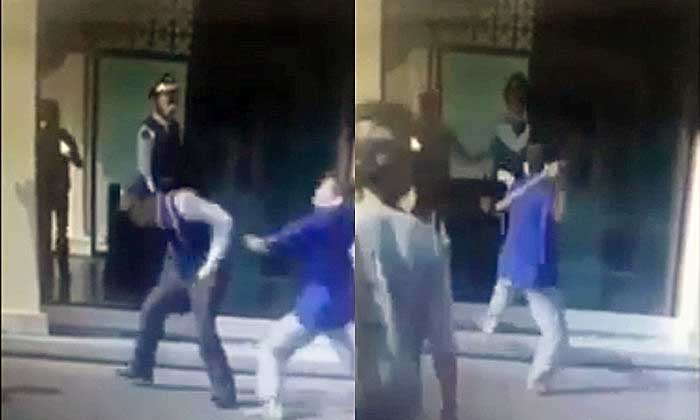 The murderer said to the Thai people: Think about the consequences of your actions or end up like me.

A total of three people stand charged with premeditated murder and weapons charges after the incident at a housing estate security booth last Wednesday.

The assailants were all caught on CCTV and gave themselves up at the weekend and were paraded for the press. They are Anattanan or Tui, 24, Songkiat or Em, 19, and Jakraphong or Sam, 19.

Security guard Usaman, 26, died after being stabbed in the back and another man called Akhbar was injured on the arm in the melee.

Anattanan, a fellow security guard at the booth in Pattanakarn Road, related the details of the incident to a press conference in front of metropolitan police chief Sanit Mahathavorn on Sunday.

He said: “I was hungry but I didn’t have any money on me so I decided to ask my supervisor for 20 baht. He only had a hundred baht note and said to give the 80 baht change to another security man called Akhbar who he owed.

“I cycled off to buy some sticky rice and chicken but it cost 40 baht. When I got back I gave 60 baht to Akhbar but he was not happy and an argument broke out. He said I should return the food and get the full 80 baht for him.

“He said if he didn’t get his 80 baht there would be trouble”.

Shortly after Attanan cycled home to get the 20 baht. His brother Songkiat and his brother’s friend Jakraphong were there and he told them what had happened.

Attanan went back to the housing estate but shortly after the other two men arrived on a Honda Dream motorcycle. Songkiat used a bit of wood to take a swing at Akhbar.

Attanan, who was in the booth with Usaman then took out a knife he kept on his person for protection and stabbed Usaman in the back. The blade broke off.

All three fled the scene.

Attanan admitted that he had stabbed Usaman over 20 baht. He said that he had never had a problem with his co-workers before.

“I am sorry,” he said, “I was hungry and I needed my dinner and I got in a rage. Let it be a lesson to other Thai people – think about the consequences of your actions or, like me, it may be too late”.

All three men were detained on premeditated murder and weapons charges by Prawet police. 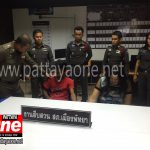 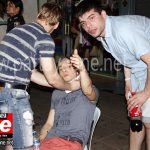