Home » Man attacked with a belt in MRT Station 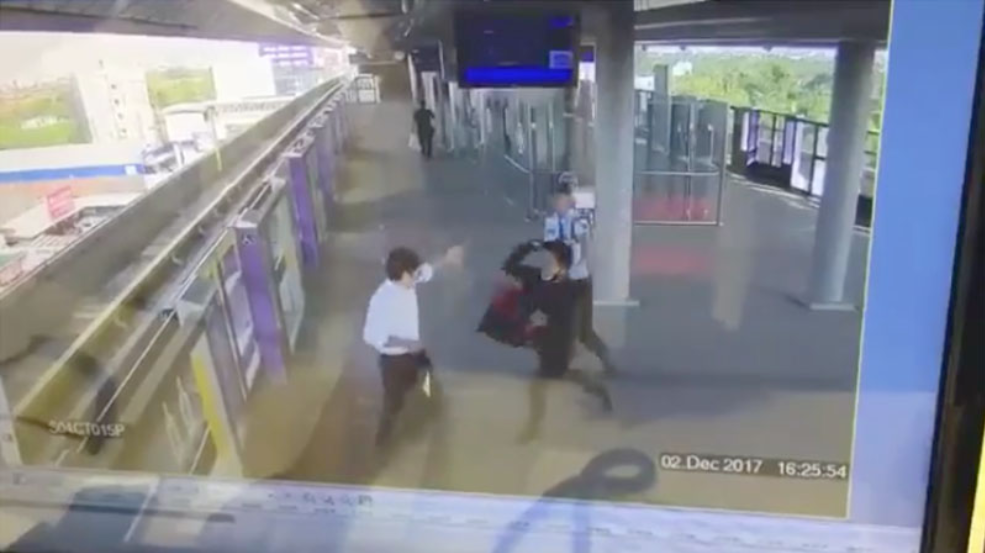 In a story that has gone viral today, an MRT rider was stalked and attacked by a mentally-ill passenger on the platform of Bang Phlu station on Saturday, as the victim called out an on-duty security guard for not trying to stop the attack.

In a public account posted to Facebook, Katipong Kulakul, 28, claimed that when he was riding the airport rail link on Saturday, he saw his would-be attacker film a woman’s breasts on the train. As both of them got out at Makkasan to change to the MRT, Katipong reported the man’s behavior to the station’s security guard, but he got away.

As Katipong queued up to buy a train ticket, he realized that the man he just reported for sexual harassment stood behind him in the line and it scared him. Katipong told the man to back off, which escalated to an argument.

“He was angry when I told him to back off, so I said ‘Because you’re a pervert. You have just filmed a woman.’ I walked away and he followed,” Katipong wrote.

When Katipong got out at Bang Phlu station, the man confronted him again and chased after him.

“I ran to the security guard, who only said ‘Please don’t fight.’ The pervert took off his belt and swung at me 6-7 times. The useless security guard just stood there — he did not try to stop the man at all.”

Katipong also shared photos of his right arm, which was covered in blood from the attack, adding that the MRT offered to call the ambulance but said he’d have to pay for the medical treatment himself.

Since the post has gotten over 7,000 shares, many slam the on-duty security guard and the MRT for not having handled the situation better. Khaosod reported that the train operator was having a meeting about the incident today but declined to comment on it.

The attacker’s family offered to compensate Katipong THB4,000 for the medical treatment.