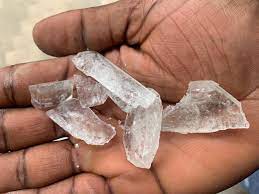 A 48-year-old police volunteer who handcuffed, threatened, dragged and abducted his estranged wife in front of her relatives was arrested in Muang district on Thursday night.

The woman was later freed. She suffered severe bruising.

Amnart Jeenram, whose nickname is “elephant”, was detained near the entrance to Ban Yang village in tambon Bang Yang, police said.

A motorcycle, a knife and pair of handcuffs were also seized from him.

Mr Amnart works as a police volunteer in tambon Ban Yang. He allegedly broke into a house and assaulted his estranged wife Sa-ngiam Sukho, 60, who was staying at her younger sister’s house at Ban Phromnimit in adjoining tambon Chum Hed, around 10am on Thursday.

He handcuffed her, placed a knife to her neck and dragged her to his motorcycle in full view of neighbours, and then fled with her.

Shocked relatives videoed the incident and called police, worried about her safety.

She returned to the house, exhausted and with bruising to her right arm, where the handcuffs had been fastened, and to her legs and knees from being dragged away.

During questioning, he allegedly confessed to holding his former wife at knifepoint.

He told police that she said she was sick and had been staying at her sister’s house for about three months. When she did not contact him, he feared she had found another lover.

This drove him to break into the house to talk to her, but she refused to listen, he said.

In a fit of anger, he handcuffed her and forcibly dragged her away, as he wanted to settle the  problem with her. When she resisted, he held her at knifepoint.

He claimed he been in an emotional state at the time because he loved her a lot and had no intention to harm her. He wanted to apologise for his actions.

Witnesses to the abduction said the man appeared to be high on drugs.

Police said a urine test showed positive for methamphetamine. They initially charged him with taking meth and would press additional charges after questioning his ex-wife.

Ms Sa-ngiam said she would let police take action against him. She would not go back to him. He was bad tempered and she feared he would assault her next time he was high on  drugs.

She said he let her go only because she had lied and said she would return to stay with him. He had often intimidated her in the past she said, threatening to take her life.

Her daughter Nittaya Sukho said Mr Amnart’s actions were unacceptable and confirmed he had threatened her mother on several occasions.

She and other members of the family did not want her mother to live with a man who used illegal drugs, she said. 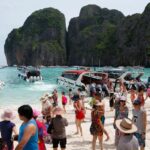