Home » Pickup driver set to be charged with attempted murder

A pickup driver caught driving in the wrong direction, eventually causing a fatal accident, is set to be charged with attempted murder.

Police have filed attempted murder charge against the driver of a pickup truck who drove the vehicle in the opposite traffic direction which eventually collided head-on with a sedan.

A six-month old baby boy was killed and five others, including the pickup truck driver, were injured in the accident, which occurred on Sept 5 on a road in Tambon Suan Taeng, Muang district.

From the video footage, he said that it was clear Mr Wimon was intentional and fully aware that he was driving on the opposite side of traffic direction. For that matter, he added that the police decided to slap the truck driver of attempted murder.

Mr Wimon himself was seriously injured in the accident and he is now being hospitalized at Chao Phraya Yommarat hospital in Suphan Buri.

Asked why the drive the vehicle in the opposite side of the traffic direction, Mr Wimon said he could not say anything for now, but he said he was sorry for the incident.

Mr Wimon’s wife told the police during the questioning that her husband had not been drinking for a long time.  But she admitted that she had a quarrel with him before he drove his pickup truck out of the house. 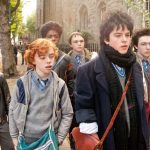 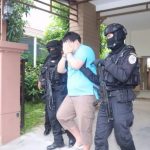