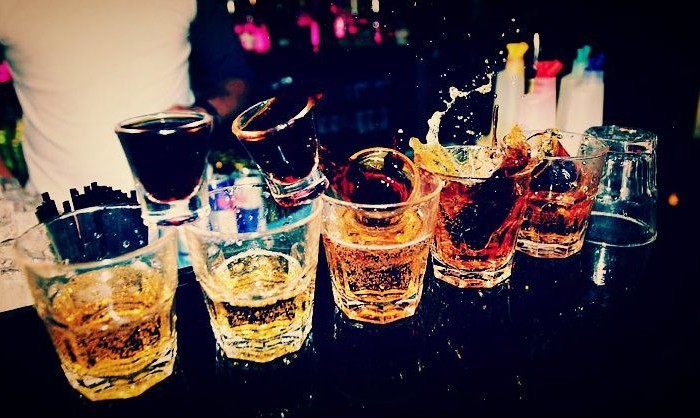 It’s been a long time coming in the global fight for drinking equality but W Hotel’s Woobar has made a stride forward on behalf of the guys: men’s night. That’s right. Free booze. For dudes.

While women around the world have been getting lit for free at ladies’ nights for decades, dudes have had to stand sullenly at the sidelines nursing a single beer that they had to pay for while the women get turn.

Talk about unfair. Not anymore. Coconuts attended Woobar’s Wednesday night party, Boys Love Bubbles, to revel in a massive pack of men tossing back free flutes of sparkling wine while the ladies paid for their drinks for once.

Every Wednesday night Woobar, in the lobby of Sathorn’s W Hotel, offers free entrance and all-you-can-drink sparkling wine to all men from 7:30-9:30pm.

Panuphong “Takky” Kanthang is one of the driving forces behind the popularity of men’s night. The assistant Woobar manager, with his larger-than-life personality and talent for making everyone feel welcome, said “Everywhere in Bangkok has promotions for ladies, but what about gentlemen? Why can’t they have free drinks? We wanted to be the first to do this in Bangkok.”

And the city’s men are shocked by the generous promotion. “On the very first day, men were calling and asking ‘Are you sure?’ and ‘Is it really free?’ They even replied ‘wow,” said Panuphong

“And now, everyone is coming. Gay, straight, everyone is hanging out. It’s called Boys Love Bubbles, so if you are a boy and you like bubbles, just come.”

But apparently, men are still confused by treatment that women have enjoyed for years. “They drink the first one and then, before getting the second, they still ask, ‘Are you sure I don’t have to pay anything?”

When asked how the men’s night vibe differs from the feeling at ladies night, which Woobar has done for years and continues to host on Thursday nights, assistant marketing manager for W Bangkok Natcha Booncharoen said, “Girls stay with their own groups, but they can get rowdy. Men actually mingle more with each other and other groups. They talk to strangers.”

When asked why they chose to promote to men with sparkling wine instead of a more traditionally masculine drink like beer or whisky, the answer was pretty simple. “We wanted to make it special, not only the girls can enjoy bubbles. Guys can too, and they don’t have to feel weird about it. And we wanted to step away from the stereotype that guys drink beer,” said Natcha.

Part of the philosophy of why there are free drinking promotions for women but not for men are  based on ideas that may be outdated anyway. Men no longer flock to bars just because women are there, and the old stereotype that guys drink a lot and women don’t is disproven every night of the week in Bangkok.

The stereotype that men will take advantage of free flow and get out of hand isn’t proving to be true at Woobar. In fact, Natcha admitted that the girls get wilder when presented with free bubbly.

The entire crowd isn’t gay however. Natcha guessed that about 40 percent of the men who attend are as straight as they come.

Freedo Keller, who was enjoying bubbly at the event, said that he wished it was beer that was flowing but he wasn’t about to complain. The Swiss man raised his glass with a smile and said, “It’s free!”

South African expat Hayden Demes said that he was surprised when he learned about the free flow men’s night. When asked if it was the first such event he’d heard of in Bangkok, he stressed, “It’s the first one I’ve heard of anywhere in the world.”

Cheers to that. Bottoms up boys. May you drink much and leave with no bar tab. 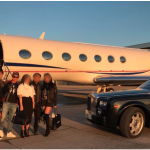 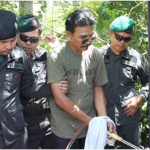