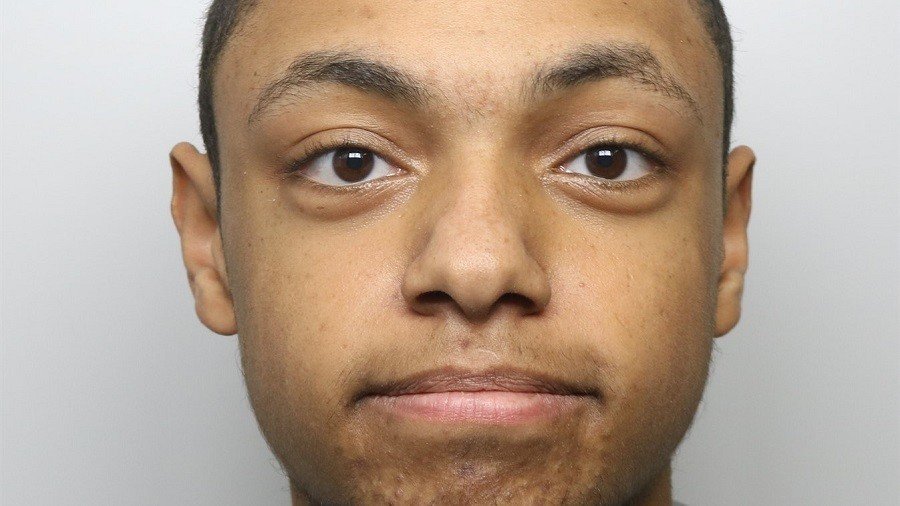 A teenager has been jailed for murdering his stepmother with an axe and samurai sword, after becoming “obsessed” with online videos of beheading, suicide, and mass murder, claiming he had become “fed up” with his life.

Rueben Brathwaite, 17, from St Clears, Carmarthenshire, in west Wales, admitted murdering his stepmother, Fiona Scourfield, 54, at their countryside farm before attempting to upload images of her body to the internet.

Swansea Crown Court heard on Friday how the 17-year-old had developed a fascination with videos of beheading, suicide, and mass murder on “imageboard” website 4chan leading up to the “horrific” murder.

The court was told that Brathwaite immediately called 999 to confess to the killing, telling an operator he had struck his stepmother’s head multiple times with an axe, after becoming “fed up” with his life.

In the 999 call to police Brathwaite said: “I’ve just killed someone. The person is Fiona Scourfield. I know she’s dead. Her pulse has stopped. There’s no signs of life.

“I hit her so many times in the head, about eight to nine times with the axe.”

Asked why he had killed her, Brathwaite told the operator: “I’m just fed up with my life.”

He carried out the attack after returning home from school on March 6 this year, after contemplating murdering her the night before. On arriving home, he collected an axe while seeing to his family’s livestock in addition to a samurai sword which was kept under his father’s bed.

He told the court how he duped his stepmother by telling her to come outside to check on their cat and, when she did, he used the blunt side of the axe to strike her skull, before repeatedly raining blows down on her head as she lay on the floor. He then used the samurai sword to slice and stab at her neck multiple times.

The judge, Mr Justice Simon Picken, told the court that Brathwaite had complained of unhappiness, loneliness and depression leading up to the attack, but had not been suffering from any mental health condition.

The judge said: “The savagery of the attack on this defenceless woman makes this case all the worse.

“No doubt inspired by the graphic images seen on the internet in the months before the attack, you attempted to upload images of the attack to the internet.

“Your obsession went to watching material including mass murders and massacres.”

Brathwaite, whose identity, the judge ruled, could be revealed despite his age, was sentenced to life in prison, with a minimum term of 15 years.