A US Border Patrol agent who authorities described as a ‘serial killer’ has confessed to four murders following his arrest. Police say all of his female victims were prostitutes.

Juan Davis Ortiz, 35, a US Navy veteran who has been with the US Border Patrol for 10 years, was captured by state troopers on Saturday in Laredo, a Texan city on the border with Mexico. The hunt for Ortiz began on Friday, when a woman reached out to police claiming she was snatched by a man before managing to escape. She provided police with a detailed description of the suspect, including his tattoos, Webb County District Attorney Isidro R. Alaniz told CNN’s affiliate KGNS-TV.

When troopers found him in a parking lot, Ortiz tried to escape on foot but was eventually found in the back of a truck.

Police say he confessed to four killings, but declined to reveal details of the attacks. So far, only two victims have been identified: Melissa Ramirez, a 29-year-old woman from Laredo; and Claudia Anne Luera, 42, who was found alive on Highway 255 but later died in hospital. The other two victims are an unidentified man and woman. Authorities say that all of the female victims were prostitutes.

Without revealing details of the killings, police said that the attacker used the same “methods and means” to murder each of his victims. Alaniz noted that the suspect appears to have carefully chosen his prey, targeting certain types. “The suspect was hunting for his victims.

“We do consider this to be a serial killer,” Alaniz added.

Authorities said there was little doubt that Ortiz was behind the gruesome acts, with Webb County Sheriff Martin Cuelllar stating that police are in possession of “very strong evidence” implicating Ortiz.

The bodies of the first two victims were discovered in a rural part of Webb County two weeks ago, prompting police to launch a murder investigation. The other two bodies were located following the man’s arrest, with the last victim’s remains having been found north of Laredo, the alleged perpetrator’s last hiding place. 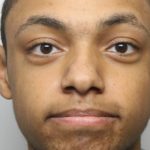