Home » Man took a wheel on ‘Sedan crash into 7-eleven

Man took a wheel on ‘Sedan crash into 7-eleven

A 40-year-old man had a seizure while driving home late Thursday night, crashing his car into a 7-Eleven convenient store in Muang district, Phrae province.

After hearing of the incident at midnight, Pol Lt Colonel Uthai Wiangthong rushed to the scene in front of Piriyalai School and found the driver, Pokpong Preecha, and his mother who was sitting in the passenger’s front seat. Both had suffered slight injuries and the Toyota Corona sedan was stuck on the pavement.

The store’s door and front window were damaged, as were some flower pots at a nearby shop. Pokpong’s mother told police she had picked Pokpong up from the bus station as he was visiting his hometown from Chiang Mai, where he worked. She had let him take the wheel to drive home and while he was driving, he suddenly had a seizure and lost control of the car, driving it on to the pavement and into the front of the 7-Eleven. Pokpong was charged with reckless driving causing damage to another person’s property.  Source: Asia Nation 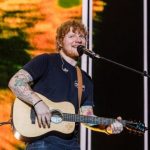 Ed Sheeran Shape of you, Perfect 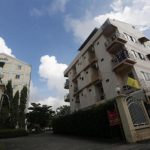