Home » Man attempts to burn himself alive in Chonburi 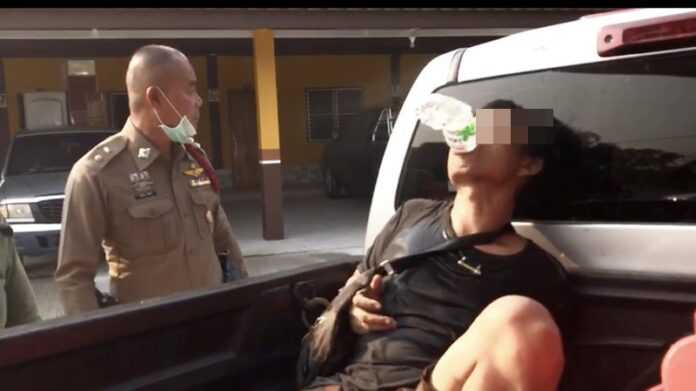 Police Captain Natiya Meesuk from the San Suk Police Station in Chonburi Province was notified on 18 March 2020 of a man who attempted to burn himself alive in an apartment room. Officials notified the fire station before heading to the apartment.

Officials arrived and saw smoke coming out of a room on the second floor of the apartment. The man inside was acting out and did not make much sense. Police tried to call him down but it didn’t work out as expected and the man wouldn’t unlock the door. Firefighters tried to stop the flames from entering other rooms in the apartment while the police broke in to save the man.

Chaiprasit 37 years old, is originally from Khon Kaen Province and works as an employee at a metal factory in Chonburi. From what the man was saying, one day before the incident on the 17th Chaiprasit parked his Chevrolet truck in front of the apartment and left the car running. He went up to his room and slept on the bed. When he woke up his truck had slid into a pond. Chaiprasit was in deep stress and when morning arrived he decided to start burning items in his room with the final intention to go down with the flames.

A neighbor saw the smoke and notified officials for help. Police brought Chaiprasit to the San Suk Police Station for him to calm down. Chaiprasit appeared to be under the influence of an unknown substance. Officials have given him a drug test, the results have not yet been reported. Chaiprasit stated to the police that he parked the truck and went to bed. He asks how the truck went into the pond. His tires were flat and he believes that someone is messing with him. There is also a written letter that suggests a group of people is planning to attack him.

The apartment maid stated that Chaiprasit had just moved into the apartment for about 1 week. At first, he was a nice man but then he hardly slept during the night. She would always hear Chaiprasit doing something in his room. The maid suggests that he might’ve been drunk because why would he leave the car running before heading to bed. 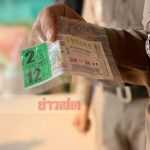 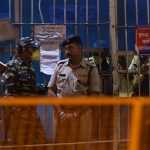