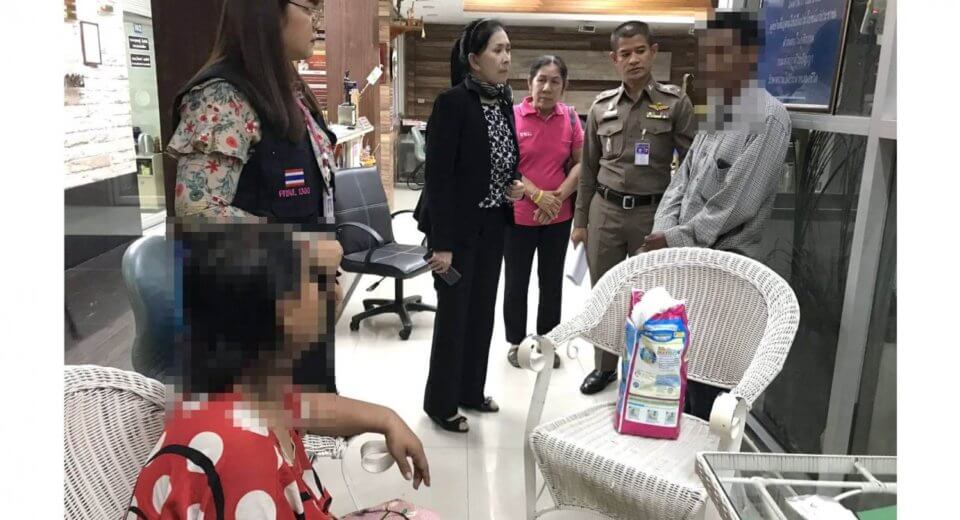 Police have arrested a man after his partially paralysed wife was found on a roadside in Bangkok’s Bang Khen district on Tuesday evening.

The husband, Wichai Kasak, said that his wife had exited his car when he stopped to buy dinner. He claimed that he had then driven around to try to locate her before eventually learning she was at the Bang Khen police station.

Witnesses told Bang Khen police that they saw a man driving a pink Mazda with a Chiang Rai licence plates drop a disabled woman on Soi Therd Rachan 19. Passers-by helped the woman before she was taken to the police station. The woman was identified as Prissana Thephachomphu, 38, a bed-ridden resident of Sikan in Bangkok’s Don Muang district.

At 7pm on Tuesday, Paveena Hongsakul, chairwoman of the Paveena Foundation for Children and Women, intervened and placed Prissana under her care at the foundation in Pathum Thani.

Police later located the Mazda car on Soi Moo Ban Pincharoen 4 at 8pm and took the driver to the police station for questioning.

He denied dumping his wife but police said they would conduct further investigation before officially charging him.