Health authorities have ordered drug tests for all staff at Prachuap Khiri Khan Hospital following the arrest of a nurse and her boyfriend on drug trafficking charges.

Samart Thirasak, chief of the provincial public health office, said he had ordered the director of the public hospital to conduct urine tests of all hospital staff within two weeks.

The rooms of staff dormitories and their lockers at the hospital will also be searched to ensure that they are drug-free, he said.

The orders followed the arrest of Duangkamol Phisootsing, 30, a nurse in the ICU section of the hospital, and her boyfriend Ekkarat Saengarthituthai on Thursday night.

Ms Duangkamol was detained in the parking area of the nurses’ dormitory in while carrying two plastic bags containing illicit drugs.

Police seized 21,000 speed pill, one kilogramme of crystal methamphetamine and 11 slabs of compressed marijuana from her room at the dormitory.

The officers also found 9,600 speed pills and two bars of compressed marijuana hidden in a locker at the hospital’s staff room. The drugs belonged to the nurse, police said.

Ekkarat was arrested at his house in Muang district with 6,000 speed pills and some crystal methamphetamine.

Authorities have also seized assets worth more than 15 million baht from the two suspects.

Dr Samart said police had extended the investigation to see whether Ms Duangkamol was directly involved in the drug trade.

The provincial public health office will set up a committee to investigate the nurse’s role, and Dr Samart will propose her dismissal from her job pending the outcome of the investigation, Daily News Online reported.

Pol Lt Col Pithee Innoi, deputy chief of the Muang police station, said officers would call all nurses living in the dormitory for questioning to find out whether any were involved in the drug trade 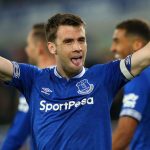 Everton 2 Burnley 0: Yet Another Goodison Shut Out! 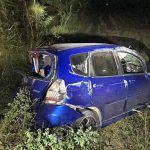