Home » Stores try to cut down on plastic bags, but shoppers remain stubborn 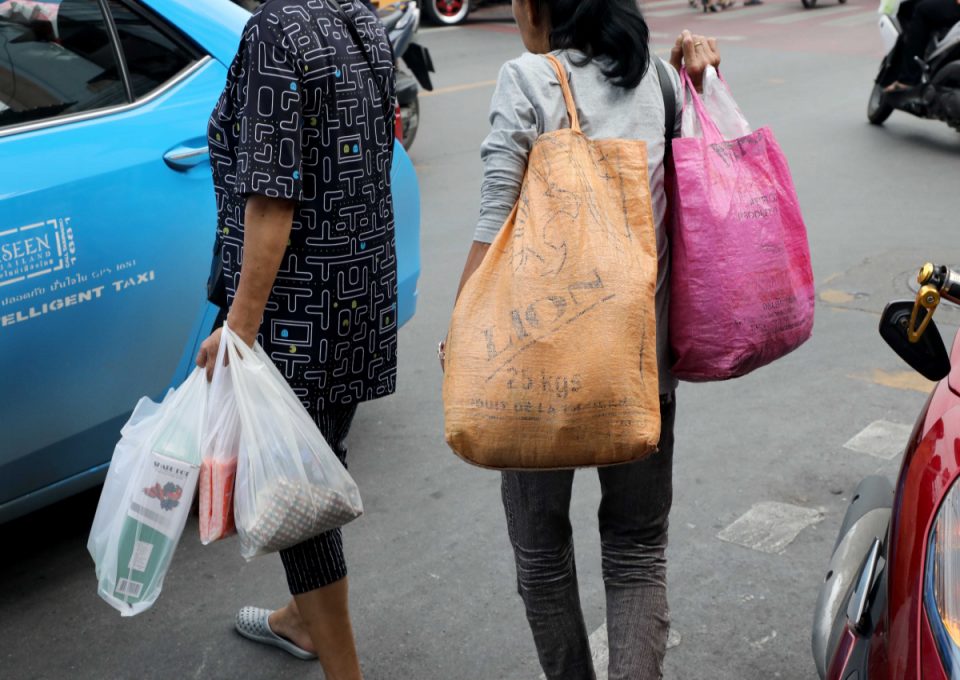 After a rescued dugong died from ingesting plastic bags, Thailand has been on high alert about plastic pollution. This topic is being widely discussed among Thai netizens, who have been suggesting many measures, including controlling the use of plastic bags at supermarkets and convenience stores.

Upon asking CP All – the owner of 7-Eleven convenience stores – about their measures and results, it said they have enforced a strong policy to reduce the use of plastic over 10 years. Its campaign, “reduce plastic bags every day, you can do it”, has saved the company the cost of 646 million plastic bags, and this money saved will be donated to hospitals for medical equipment. As of August 29, CP All said it has donated Bt126 million. 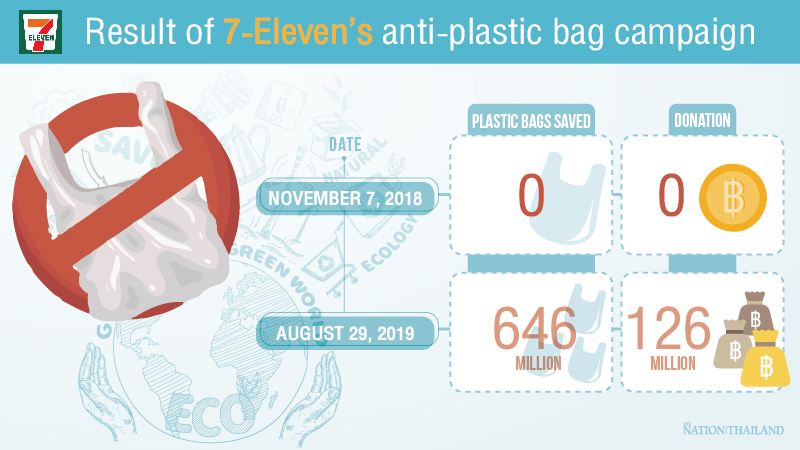 Tesco Lotus began campaigning for customers to “say no to plastic” since 2015 and even introduced a variety of incentives such as reward points. As of August this year, Tesco had implemented a policy of not giving out plastic bags for purchases of one or two items at all its 1,800 hypermarkets. 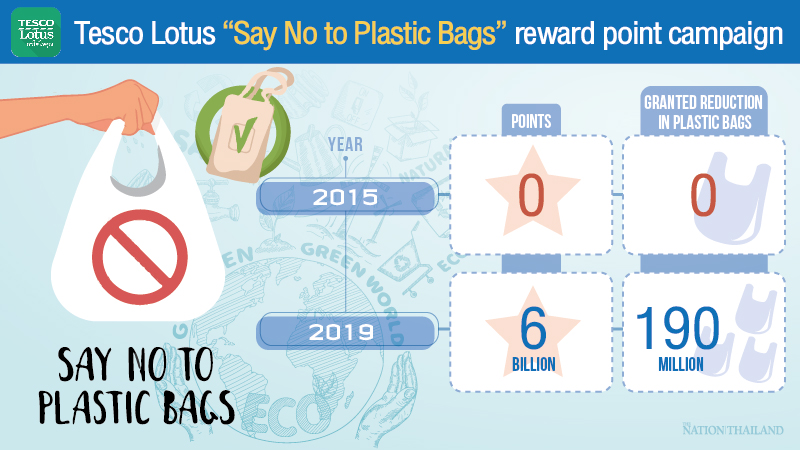 According to Amazon Café, the number of clients who bring their own cup for coffee has risen from around 1.8 million in January 15 to 2.2 million by August 15. In about seven months, Amazon coffee shops were reportedly able to reduce the use of 16.7 million plastic cups, averaging at 2.2 million cups per month 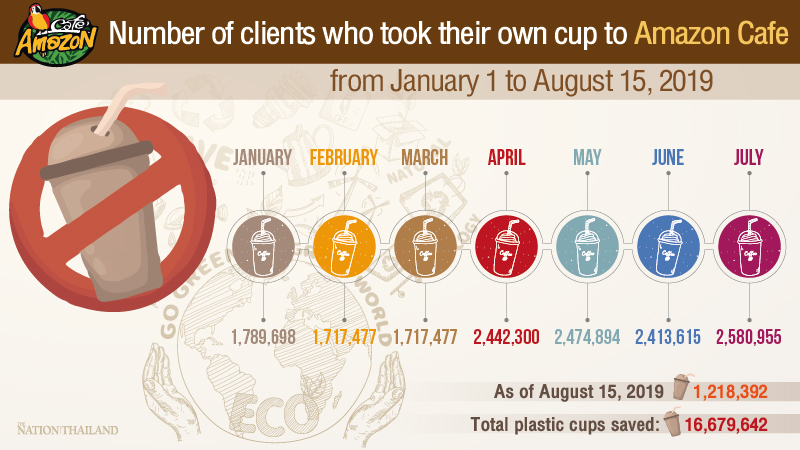 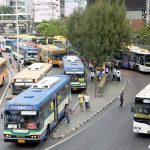