Home » Lucky escape for driver after slamming into parked pickup 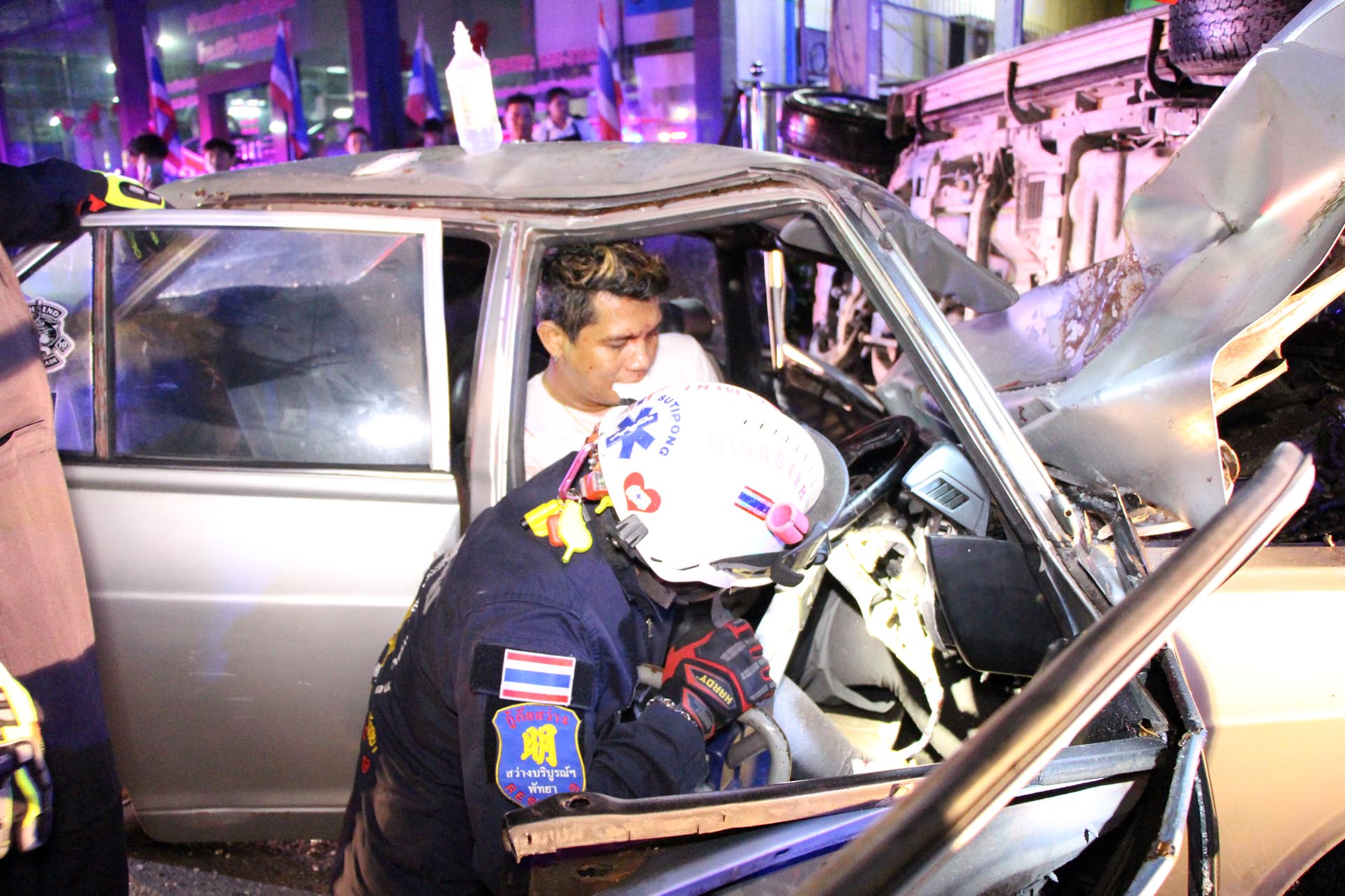 Lucky escape for driver after slamming into parked pickup

At around 2:00am on April 26th, Pattaya police and emergency services were called to the scene of a road accident after a car had slammed into a parked pickup at high speed.

The incident happened on the main Sukhumvit Road right outside the main Toyota garage in North Pattaya. 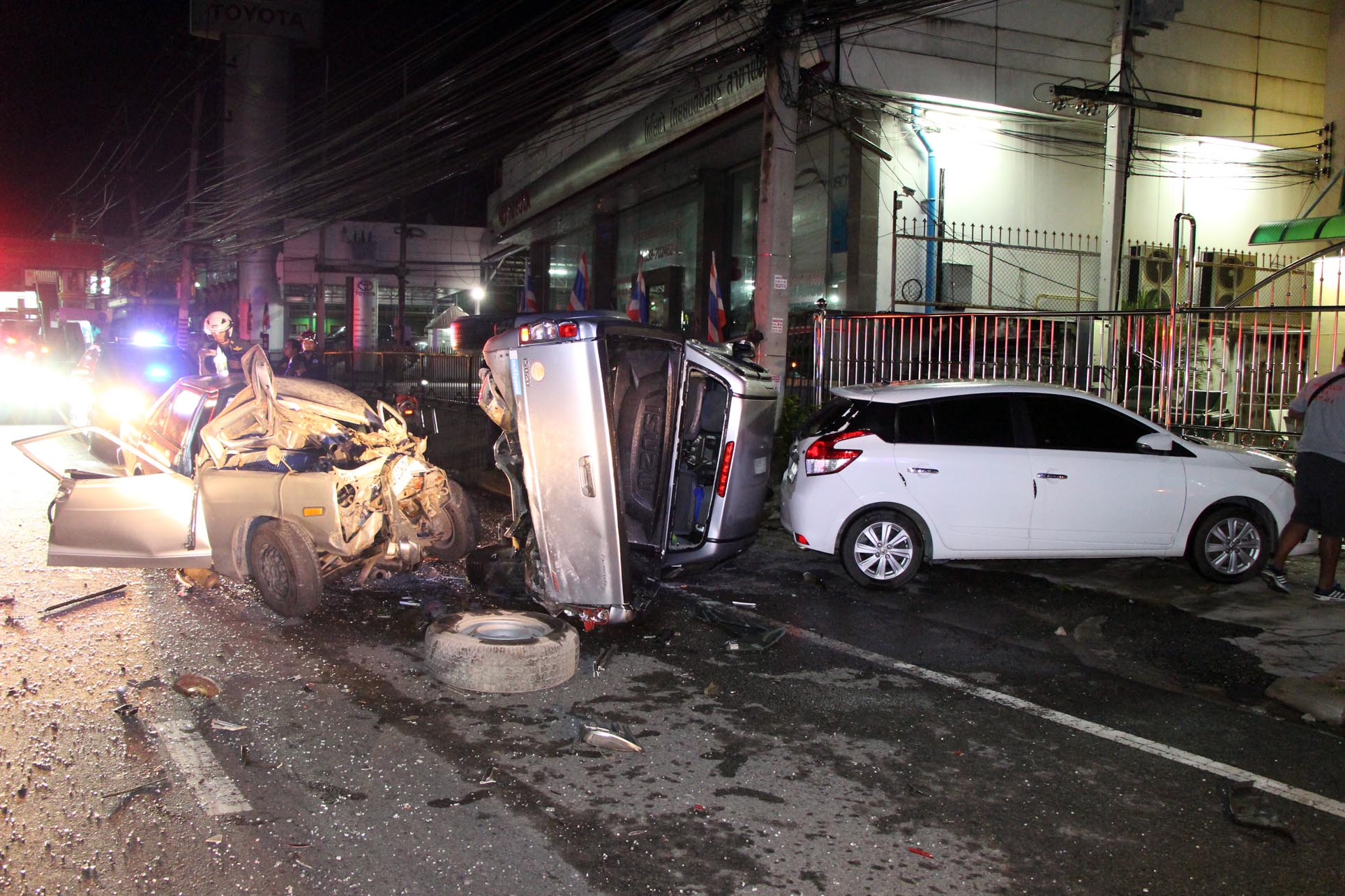 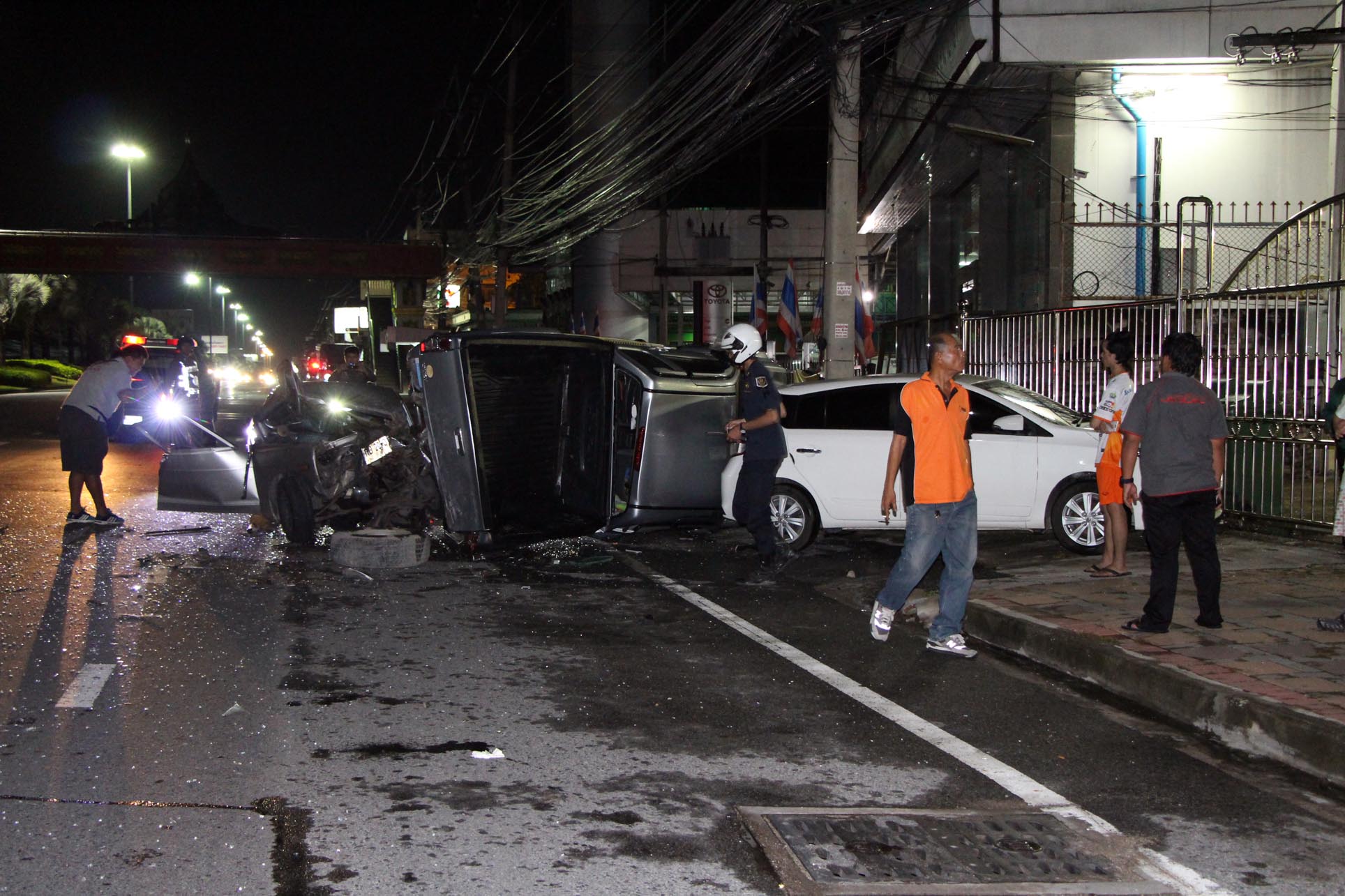 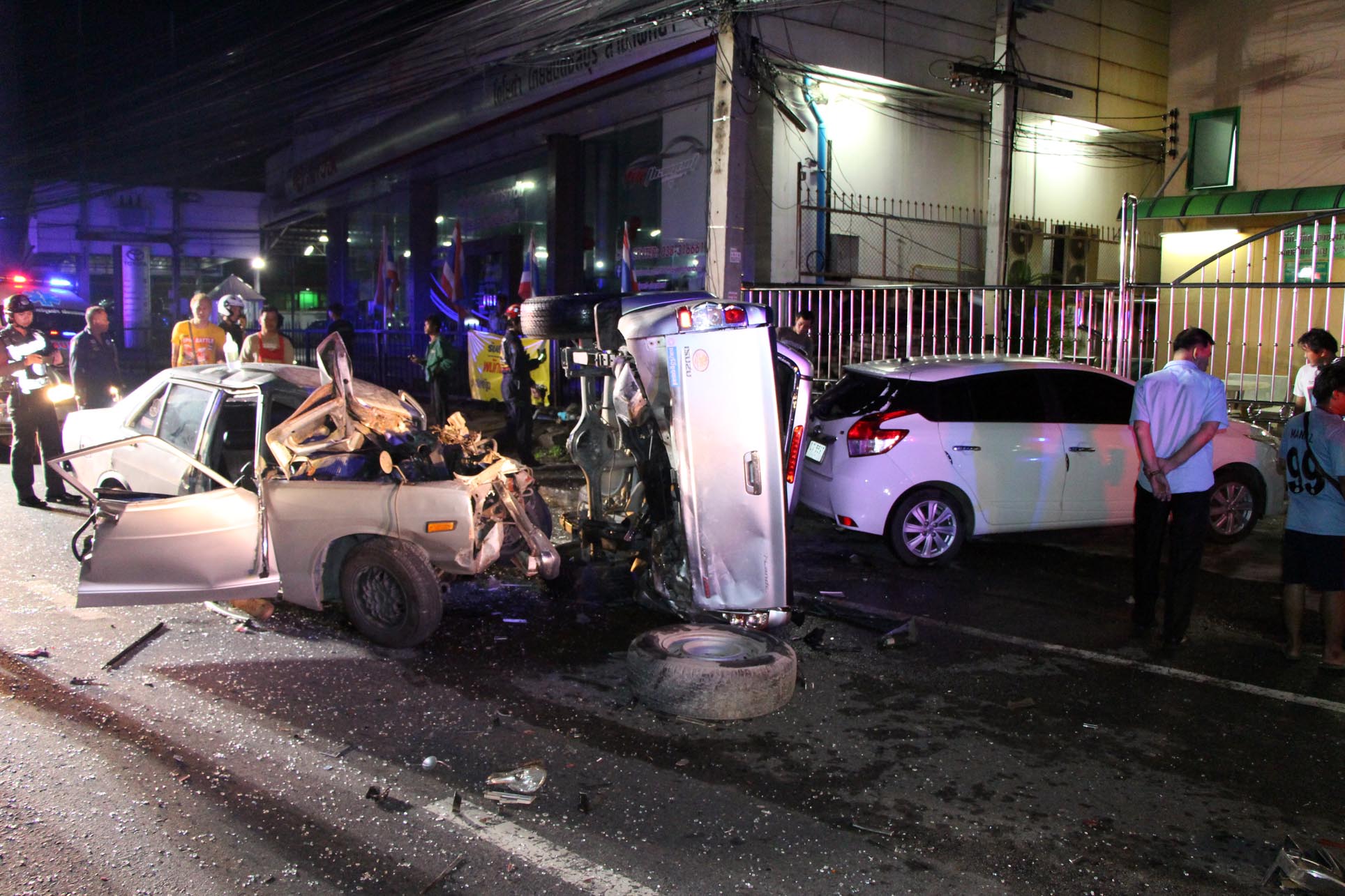 Arriving at the scene, emergency services were need immediately to cut the driver free from his Nissan Sunny after being trapped in the vehicle due to the extent of the damage.

Amazingly, the 39 year old Thai man had only suffered a few minor injuries, but was still rushed off to the local hospital to treat his injuries and a full check up.

Police are waiting until he has fully recovered before questioning him over the accident as he was visibly shaken by what had happened.

The car had clearly hit the parked pickup with some force as it managed to send it flying into another parked car before flipping on it’s side.

Police did manage to catch up with an eye witness to the incident, who told them that he had noticed the Nissan travelling at high speed down the motorway. The next thing he heard was loud shrieks coming from the tyres before the car slammed into the parked pickup.

He ruched over the the accident and immediately heard cries for help coming from the Nissan. He did his best to free the injured victim, but was not able to break him free. At that point, he called for emergency assistance, who were quickly onto the scene.

Police took pictures and other bits of evidence from the scene, and will be checking CCTV images in due course before making a decision whether to press any charges against the driver of the Nissan. 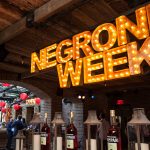 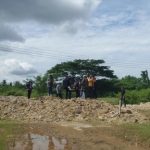