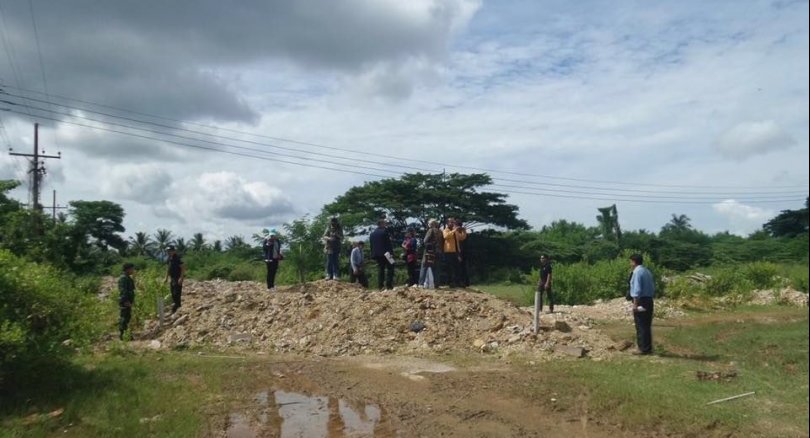 The body of a young Thai woman, severed in two pieces, was found on Thursday afternoon in a plastic water container buried in a wooded area in Khon Kaen.

Tattoos on the chest and the back enabled police in Khao Suan Kwang district to identify the woman as Warisara Klinjui, 22, a karaoke-bar receptionist.

One of the tattoos bore the full name of Warisara’s female “tomboy” friend, who was interrogated for an hour the same day and then released.

The absence of either a phone or cash on the body led police to initially suspect the murder might have involved a robbery, but there is also speculation about jealousy in a personal relationship.

The couple were married in February and Warisara moved to Bangkok to be with him, but then relocated to Khon Kaen, where she told Sakchai she would stay with a relative.

Police said Sakchai, who had sent his wife money for expenses throughout her time in Khon Kaen, discovered that she was staying with a “tom” friend she’d known before their marriage and they had a quarrel about it.

Police planned to interview more witnesses and have not ruled out any motive or suspect.

A CCTV camera at a convenience store near Northeastern Technological College in Muang district recorded Warisara withdrawing cash from an ATM machine on the night of May 23 and making purchases in the store before hopping on a motorcycle driven by someone with short hair.

Warisara’s grief-stricken mother, Sairung Klinjui, arrived from Chai Nat along with relatives on Friday to identify the body. Police asked her to provide a DNA sample for comparison with the victim’s as evidence. 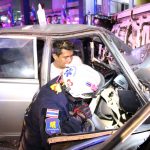 Lucky escape for driver after slamming into parked pickup 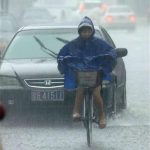