Home » So, who was the Thai tycoon who died in Leicester City copter crash

Leicester City Copter Crash: The owner of the Leicester City Football Club, Vichai Srivaddhanaprabha, who is now confirmed to have been on board a helicopter that crashed and then exploded after seeing his team draw 1-1 with West Ham on Saturday, was one of the five richest men in Thailand.

All are Thai-Chinese tycoons who have prospered greatly under the current military government, which seized power in 2014.

According to Forbes magazine in May, the top four tycoons added $25 billion to their combined wealth in 2017. The magazine put Vichai’s personal worth at a relatively modest $5.2 billion, but that had increased by $2 billion over the past two years.

Vichai became a hero to Leicester City fans after buying the club for a reported $39 million in 2010 — a few million less than he paid for his Gulfstream 650 business jet. King Power International, the Bangkok-based duty-free empire he founded, had already been sponsoring the team’s shirts for three years.

He stewarded the second-division club to the Premier League title in 2016, when bookies were giving 5,000-to-1 against.

Although the club has not retained the title, Leicester City has consolidated its football ranking, and Vichai’s popularity was undiminished at the time of his presumed death in the parking lot of King Power Stadium.

He used his jet to fly in Buddhist monks to bless the grounds and players — the kind of activity frowned upon by more orthodox Buddhists. 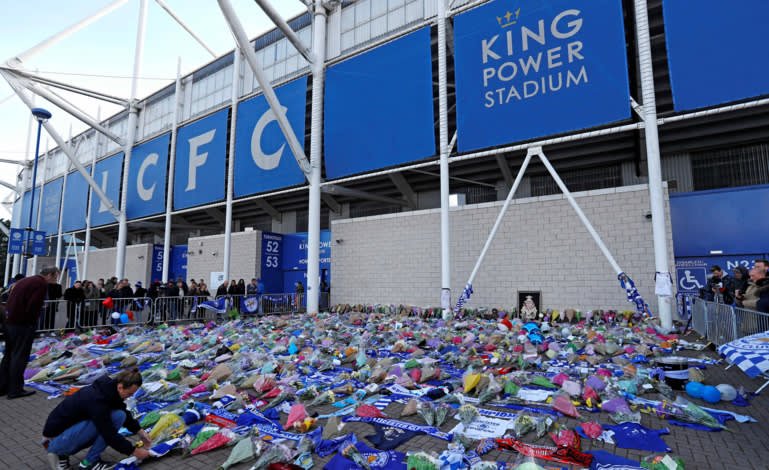 A shrewd, self-made businessman, Vichai, 60, enjoyed the best results among a crop of Thai businesspeople who have invested in English football.

The games are keenly followed in Thailand, particularly by underground gamblers who believe they are not rigged — unlike many sports in their own country.

Vichai was always popular in the Leicester terraces, arriving on the pitch’s center circle in his Agusta A1095 helicopter decked out in the club colors.

He bought Thai beers all around for a crowd of 30,000 when the club survived a relegation scare. His 19-man winning squad in 2016 each received a BMW limousine.

Soccer is arguably the most popular sport in Thailand outside the national sport of Muay Thai, or Thai boxing, and as is the case with many Southeast Asian countries, Premier League football enjoys a wide following.

Among the first big Thai investors in English soccer was former Prime Minister Thaksin Shinawatra, who toyed with the hugely popular idea of acquiring Liverpool as a “national asset” in 2004.

Thaksin went on to own Manchester City after being ousted in a coup in 2006. He sold the club in 2008, and was believed to have walked away with a $20 million profit.

The club’s chairman, Dejphon Chansiri, recently complained of being severely abused by fans on social media over the high cost of tickets and shirts.

A Thai consortium led by the Srivikorn family, which has a diverse portfolio in property and other interests, used to own Reading, and retains a minority share in the club.

Vichai gained entry to more exclusive circles through his love of polo. He was one of the costly sport’s main backers in Thailand with his own club and team, and served as chairman of Ham Polo Club near Twickenham in London for four years until 2012.

There he rubbed shoulders for a while with princes Charles, William and Harry. Pictures of him near Queen Elizabeth at polo events were sometimes splashed across Thailand’s glossy social pages.

Vichai’s wealth derived from King Power, a concession-based “travel retail” empire in Thailand, one of Asia’s most popular tourist destinations.

It started out in 1989 when he opened a duty-free shop in central Bangkok’s Mahathun Plaza.

He went on to open concessions in Phnom Penh, Hong Kong and most importantly in 1995 at Bangkok’s Don Mueang International Airport.

His biggest breakthrough came in 2006 with the master concession at Suvarnabhumi Airport, Bangkok’s new international gateway, which had an official capacity of 45 million passengers that was exceeded almost immediately.

Suvarnabhumi opened just weeks after Thaksin was removed in a coup. The airport had been one of the ousted premier’s pet projects, but was dogged from the outset by allegations of serious corruption.

Passengers frequently complained about King Power’s wall-to-wall presence and the lack of toilets.

In September, Bangkok’s central criminal court dismissed a private case brought by a former anti-graft official, Chanchai Aitsarasenalux, alleging that King Power owed the Thai government $430 million from the airport franchise originally granted under the Thaksin government, which runs until 2020.

Although the case was brought in 2017, the judge ruled that Chanchai was not an affected party and could not sue.

King Power has interests in premium hotels and airlines. In 2016, it paid $226 million for 39% of Thai AirAsia, Thailand’s largest budget carrier.

Vichai, a man of relatively humble origins, was extremely upwardly mobile in Thailand as well as the U.K.

In 2009, his company was awarded the right to display the Thai form of a royal warrant — a large red Garuda (a mythical half-man, half-bird that transported the god Vishnu) outside its corporate headquarters.

In 2005, King Power sponsored a million numbered bright yellow silicone wristbands with “We love HM the King” in Thai and “Long Live the King” in English, some of which were auctioned off.

The proceeds went to royal charities to mark the 60th anniversary in 2006 of King Bhumibol Adulyadej’s accession.

The king was the ninth in the Chakri dynasty, and Thaksin secured the wristband auspiciously numbered 999.

On Sunday, stunned Leicester fans laid flowers and scarves around King Power Stadium in tribute to the owner. Twitter was flooded with thanks.

“These owners are the best thing to ever happen to this club,” wrote one fan.

“Thank you for what you have given us. Vichai you meant more to us than you could imagine.”

Bikini or no bikini: The big question in Vietnam 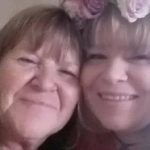