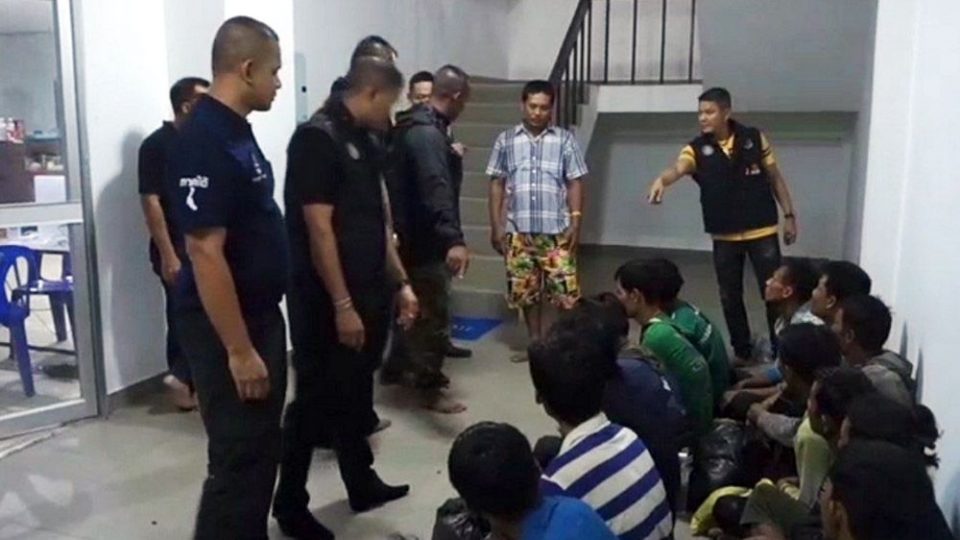 POLICE HAVE rounded up 15 undocumented migrant workers, left nearly starved and camping in a forest in Songkhla province while waiting for transport to Malaysia and arrested three labour agents, one from Myanmar and two Thais.

Pol General Suchat Theerasawat, director of the Royal Thai Police’s Centre for Children, Women, Family Protection and Anti-Trafficking in Persons, said this latest bust showed that the smuggling of migrant workers still persisted despite a concentrated crackdown over the past five months by Thai officers.

He said this latest bust stemmed from the previous arrest of a labour agent and associated smugglers and that each worker had paid about Bt20,000 to be smuggled from Myanmar through Thailand to Malaysia.

The apparently exhausted workers – 14 men and a woman – were living on young banana stalks and were found at a camp composed of several makeshift tents made of plastic sheets in Tambon Patong, Hat Yai district.

They told police via an interpreter that they had been taken by a Myanmar labour agent to hide there pending their transportation to Malaysia. They were then subjected to an official screening process to see whether they had been victims of an international human trafficking gang.

The three arrested labour agents told police that they had Thai, Myanmar and Malaysian accomplices, Suchat said, declining to name the three suspects for fear of compromising the ongoing investigation.

He said police also searched a rented room suspected of harbouring illegal migrant workers, and seized a sedan and a pickup truck from the three suspects.

The case has similarities to the May 17, 2019 arrest of a 31-year-old Myanmar man who was arrested in Songkhla on charges allegedly related to human trafficking.

He reportedly confessed to working with a human trafficking gang by collecting illegal migrant workers from recruiters in Ranong, Kanchanaburi, Chumphon and Samut Songkhram as well as in Songkhla’s Bang Klam and Hat Yai districts.

They would stay in the hillside area behind a golf course in Tambon Ban Phru waiting for gang members to collect them to be smuggled into Malaysia, he allegedly told police.

Police took Thi Har to re-enact the crime at the hillside camp, which showed traces of foreign migrants having recently lived there.

The arrest of the Myanmar man followed an operation on May 11 that netted 27 male Myanmar migrant workers from the hillside camp who had been kept there for seven days and nearly starved.

The hillside camp raid stemmed from the previous arrest of a recruiter who told police that he dropped off the smuggled workers to hide in the area while waiting for transport to Malaysia. 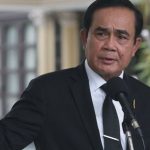 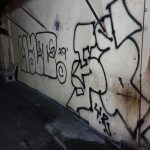