A Japan-born Thai teenager who attends high school in central Japan has been granted special permission to stay in the country for a year despite an earlier deportation order, a source close to the matter said Friday.

“Perhaps the immigration authorities recognised that he is settled into the region,” said a supporter of 17-year-old Won Utinan. A petition calling on the government to allow Won to stay in Japan has drawn thousands of signatures.
The Tokyo Regional Immigration Bureau has not revealed the reason for its decision to give the special permit, dated Thursday.

“Until now I needed an approval even to go outside the prefecture. I am happy that I can now act freely and also have time to think about my dream for the future,” said Won, a third-year high school student in Kofu, Yamanashi Prefecture, west of Tokyo.Won was born in 2000 to a Thai father and mother, who had come to Japan in 1995 but stayed on illegally. As he and his mother moved from place to place for fear of being detected for staying illegally, Won could not attend elementary school.

But with cooperation from a support group in Kofu, Won acquired Japanese-language skills at age 12 and started to attend junior high school from the second year in April 2013. Won and his mother reported to the immigration bureau to seek approval to stay but the bureau ordered them deported to Thailand in 2014.

While his mother returned to Thailand, Won subsequently filed a suit asking the court to invalidate the deportation order but lost in both lower and higher courts.
After withdrawing an appeal to the Supreme Court, Won was seeking a re-examination by the immigration bureau. According to the Justice Ministry, a foreigner set to be deported may be granted special permission to stay in Japan by taking into account factors such as the reason for the stay, family circumstances and humanitarian considerations.  Source: Bangkok Post 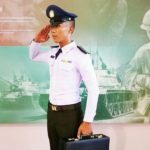