This is the moment Irish Foreign Affairs Minister Simon Convey is interrupted mid-speech and told to leave as a bomb scare in Belfast unfolded.

It is understood hijackers held the driver of a white van at gunpoint and forced them to go to the Houban Centre, where a peace-building event was being held.

They placed what was believed to be a canister in the back of the vehicle, triggering a bomb threat.

Politicians in Northern Ireland were quick to condemn the plot, carried out as Mr Convey spoke about the importance of reconciliation in the country.

A spokesperson said: ‘The minister and team are safe, have been taken to a secure location and the PSNI are doing their work.’

The event, which had to be abandoned, was organised by the John and Pat Hume Foundation, which works to bring peaceful change to people in Ireland and the UK.

After the scare, Mr Convey tweeted: ‘In Belfast with @Humefoundation to honour John & Pat’s legacy of peace for all communities.

‘Saddened & frustrated that someone has been attacked & victimised in this way and my thoughts are with him & his family.’

Tim Attwood, from the foundation, said the security alert is a reminder ‘to everyone that there is no role in our society for violence’.

He added: ‘A suspect device will not stop the work of the John and Pat Hume Foundation.’

‘Those behind the van hijacking which was left on church grounds have no place in society.

‘While they try to bring back the past, we will keep working for the future.’

In a statement, a PSNI spokesperson said: ‘Police are currently in attendance of a security alert at the Crumlin Road area of north Belfast.

‘Motorists are advised to avoid the area and seek alternative main routes for their journey. There are no further details at this stage.’

Describing it as a ‘worrying situation’, SDLP leader Colum Eastwood tweeted: ‘These mindless thugs won’t deter the John and Pat Hume Foundation from carrying out their work to further peace.’

Earlier this week, the level of terrorism threat from dissident republicans in Northern Ireland was lowered from severe to substantial for the first time in 12 years.

The assessment, announced by the Secretary of State for Northern Ireland but made independently by the security service MI5, was praised by Mr Coveney when he appeared alongside Brandon Lewis after a meeting of British-Irish Intergovernmental Conference in Dublin.

The Shadow Secretary of State for Northern Ireland called it a ‘deeply disturbing’ incident.

‘I had the privilege of meeting the Hume Foundation last week, their work is based on reconciliation and is important. I hope Simon Coveney’s presentation resumes safely and soon.’ 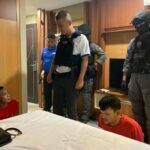 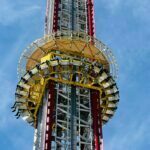