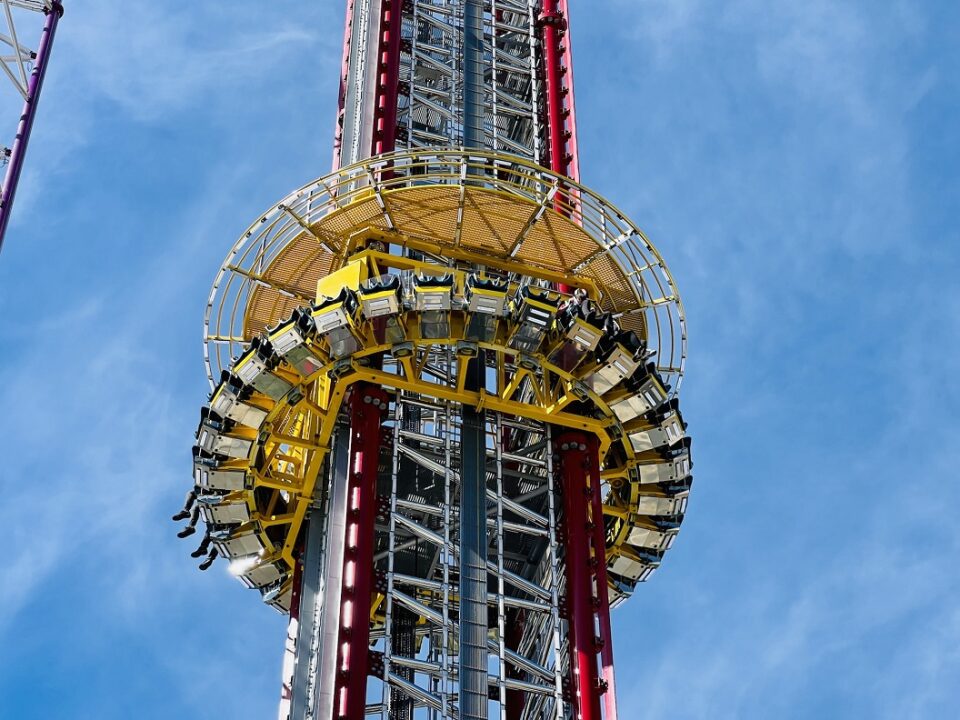 A 14-year-old boy has died after falling from a 430-foot-tall thrill ride at an amusement park in Orlando, CBS Miami reports.

The Orange County Sheriff’s Office says they received 911 calls about an emergency at the “Orlando Free Fall” at ICON Park just after 11 p.m. on Thursday night after witnesses reported seeing a person fall from the ride to the ground.

The teenager was taken to the hospital where he died from his injuries.

Video recorded by witnesses showing the deadly fall is circulating on social media.

The Orlando Free Fall  stands 430-feet tall, and is billed as the world’s tallest free-standing drop tower, according to the park’s website.

The ride opened in December 2021 and takes up to 30 guests high into the air before plummeting 400 feet toward the ground at 70 miles an hour, according to a press release sent last year.

A video aired by NBC’s “Today” show Friday morning appears to show passengers on the ride discussing issues with a seat restraint Thursday night. The ride then began its trek up the tower before someone is later seen falling from the ride.

“We are absolutely saddened and devastated by what happened, and our hearts go out this young man’s family,” John Stine, sales director with the Slingshot Group which owns the ride, told The Associated Press on Friday morning.

The Free Fall ride and an adjacent ride, the Sling Shot, have been closed indefinitely, Stine said. His company operates the two rides at Icon Park.

“We are cooperating with all other investigations at this time to get to the bottom of what happened,” Stine said.

Stine said there had been no issues reported previously with the Free Fall ride.

The ride has an over-the shoulder restraint harness, with two hand grips at the chest level, that goes over the rider automatically.

The Florida Department of Agriculture, which oversees amusement ride inspections with the exception of the state’s largest theme parks, has launched an investigation and inspectors were at the site Friday, spokesperson Caroline Stoneciper said in an email.

In 2020, a  21-year-old man fell to his death at the same theme park while conducting a daily safety check on a different ride.