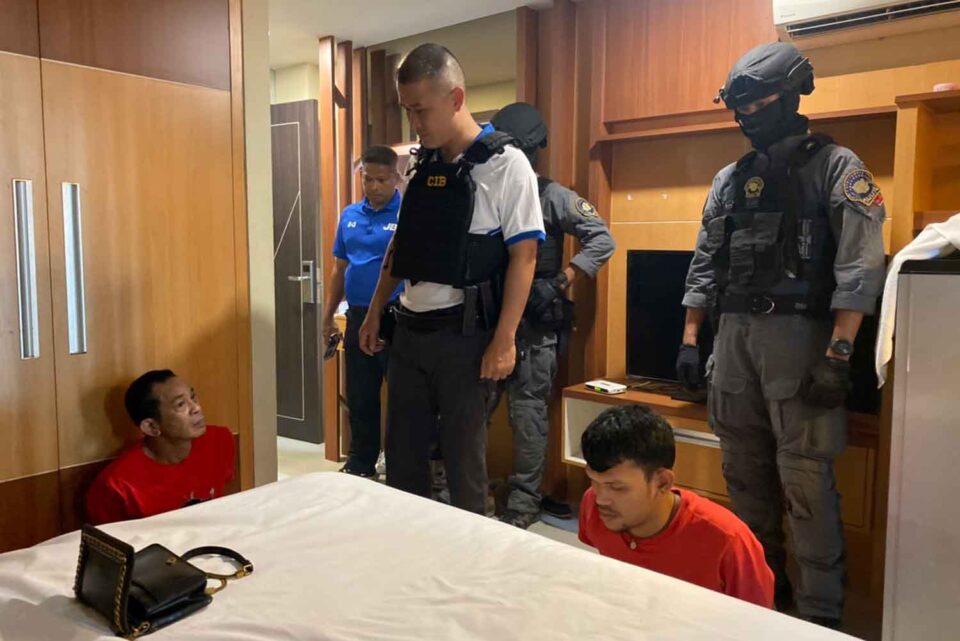 Armed police threw stun grenades as they stormed a Bangkok room and arrested two men accused of killing a policeman during a shootout while fleeing arrest on drug charges in southern Phattalung province early this month.

About 30 fully armed police were deployed for the arrest, which started with the use of stun grenades, he said. Inside the room police also found the 17-year-old girlfriend of the 45-year-old suspect.

After the fatal shooting in Phatthalung on March 9, Mr Jamras had hidden in rubber plantations in the southern province. He arrived in Bangkok a few days ago and may have been planning to leave the country, Pol Lt Gen Jirabhop said.

The suspects denied all charges but police had confidence in the evidence against them, the CIB commissioner said. He admitted police had not found the gun used in the March 9 shooting.

A source said that Mr Jamras and Mr Atthaphon travelled to Bangkok by private car and took a taxi to Wang Thonglang district to rent the room.

They were familiar with the area, which was full of southerners they hoped would help them remain undetected. 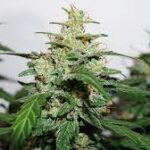 Cannabis Police Told Not To Be So Strict