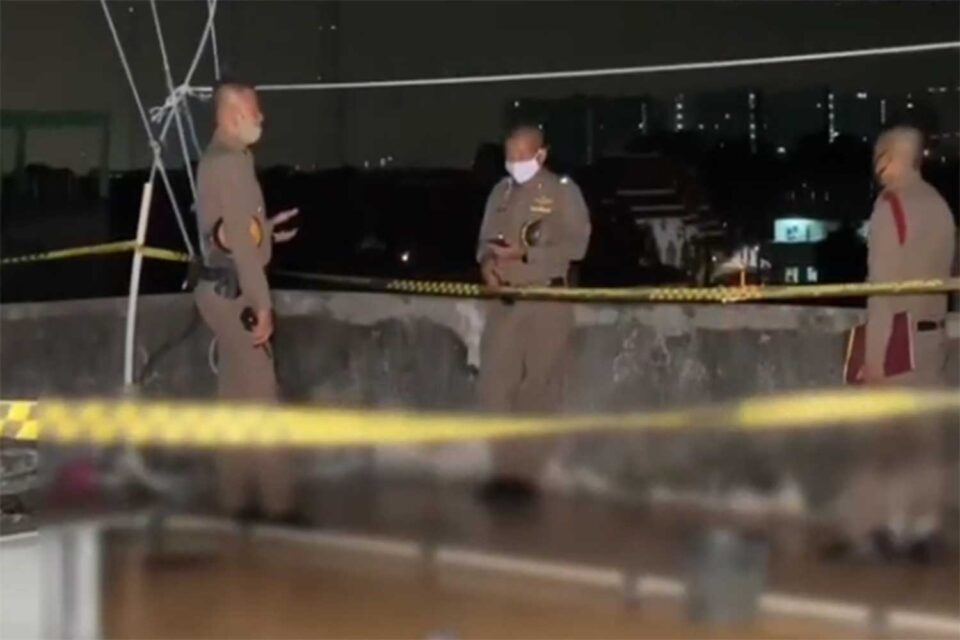 An Indian man was found dead with his throat cut, and a compatriot with knife wounds, at a six-story building in Bangkok’s Bang Sue district late on Monday night

The dead man, aged around 30, was found on the rooftop deck of the building when police and emergency responders arrived on the scene, Pol Lt Col Khotchaphop Bun-in, investigation chief at Tao Poon said.

The man had a slashed throat, a deep stab wound to his left temple and two stab wounds to his left chest. He was lying face down. Police found no documents on his body, Thai media reported.

A sharp-pointed knife was found near the body. There was also a bottle of alcohol and one black canvas shoe nearby.

There were bloodstains leading from the roof to an area in front of a room on the third floor of the building.

Another Indian man, identified later as Shyam Sagar Singh, 35, was found injured in front of the room with severe stab wounds to his right ankle. He was rushed to Vajira Hospital.

A woman tenant living on the third floor told police she heard a loud noise coming from the upper floors and thought that someone had knocked something over. A short time later, there was a knock on her room door. When she opened it, she saw a man bleeding heavily from an injured leg. The man stayed in the room opposite hers.

She called police, and later learned that another man was found dead on the roof. The two men stayed in the same room, but she had never heard them quarrel, the tenant said.

Police were looking for the man, to question him. 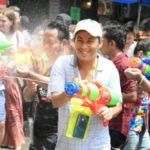 Songkran substitute holidays to be spread over 3 weekends 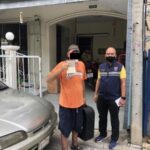