An illegal Thai worker in Korea attempted to run away from the South Korean Police by jumping out of her window, she ended up re-locating her back (Spondylolisthesis) and now seeks financial help from the Thai people to help her come back to Thailand for Surgery.

The Thai people have a nickname for those who go to work illegally in South Korea called “Little Ghost”. The problem has become worse throughout time with more little ghosts seeking ways to enter Korea. The Korean Government has even allowed the little ghost to go back to Thailand with the exemption of facing any legal action in South Korea. It is estimated that there are over 120,000 little ghosts working illegally in the Kimchi Nation.

In this year 2019, South Korea announced that they will be taking matters more seriously, starting from the immigration process to catching the little ghosts hiding throughout South Korea.

This story became public when a little ghost posted on Facebook telling her story in an attempt to seek help from the Thai people. The girl went to South Korea to work as a masseuse in a massage parlor. One day, at about 3 am on the 6th of this month the police came knocking on her door. Out of fear of being caught, she jumped down from her window located on the 2nd floor of the building and relocated her back.

The doctor told her that her condition was extremely dangerous and could lead to paralysis or death without the required surgery. The surgery would cost 15 to 20 million THB, but sadly she doesn’t have that much money.

The girl then told her life story of how she received a scholarship to university. Her parents didn’t have money so she had to come live with her aunt. Her aunt had to look after every member of the family alone and that she didn’t have money to pay for the surgery.

The girl listed a long list of costs and the money that she currently has given to her by some people in Korea. She stated that the first payment is on the 13th of this month and asks for help from those who are kind along with attaching a picture of her Thai and Korean account number in her post. She hopes that she can return to normal so that she can continue working. 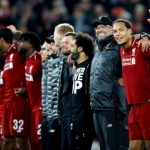 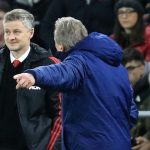