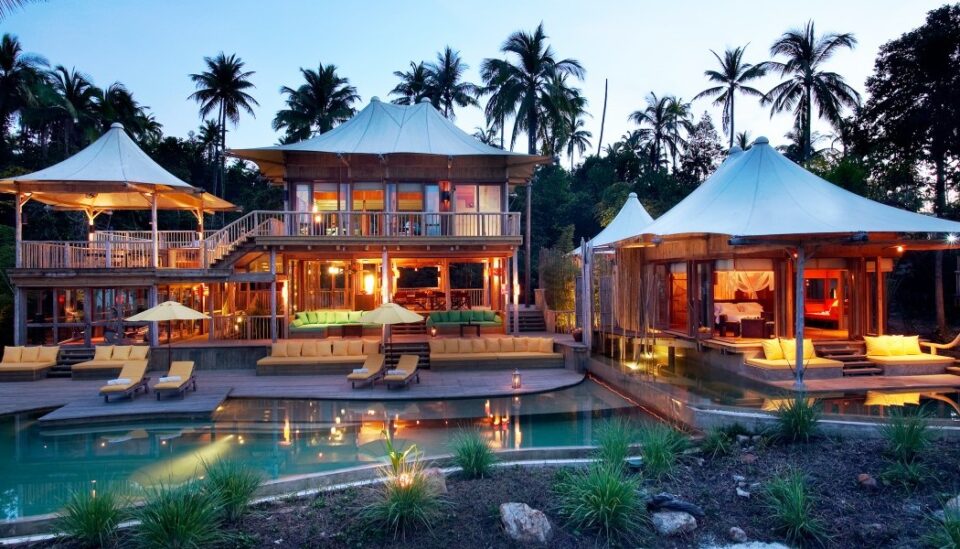 Damage was put at hundreds of millions of baht.

The hotel bills itself as a “secluded eco-luxury resort” with advertised prices starting around 48,000 baht a night for two guests.

Dechathorn Chan-ob, chairman of the Koh Kut tambon administration organisation, said he received a report of the fire about 5.45am and immediately sent fire engines and crews to the scene.

When they arrived the blaze had already spread through the main building and three adjacent smaller ones. All were built of wood.

Fire crews saved a fourth building but the other three were extensively damaged.

Damage to the large building was initially estimated at 200 million to 300 million baht.

On Monday, Mr Dechathorn and public works officials from Ko Kut TAO examined the burned hotel and its safety precautions.

He said a family of five or six – a husband, wife, children and relatives – were staying in the hotel when the fire started.

The father broke a bone in his back in a fall while fleeing the blaze and one of the children was also injured. They were rushed to a hospital.

The family returned to Bangkok on Sunday afternoon.

The total damage was still being assess.  An investigation was underway into the cause of the fire. 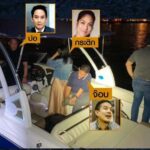