A teacher who makes a habit of visiting the families of her students was appalled to find one of them living in a makeshift house with no door or windows and a leaking roof, and decided to seek the help of the public by posting their plight on Facebook.

The post by Nisachol Yosrungruang, who teaches first grade at Ban Bu Sung School in Prachin Buri’s Na Dee district, sparked an immediate response, with local government agencies visiting the family to offer help and some members of the public sending assistance via the teacher.

Nisachol aid she recently made a routine visit to the house of Walalak Boonprasit at her house in Ban Khao Rung village and was horrified by the living conditions.

Walalak lives in a makeshift house with her Thai father, Wichian Boonprasit, Cambodian mother, Serroi Rom, and her younger sister.

The teacher added that the house has no front door and she feared for the safety of the two girls as they had to stay alone after school until their parents returned from any odd jobs they could find. Recent heavy rains soaked the family, with the water coming in through the roof and the open front.

Since the family has no toilet, they depend on help from neighbours. And without electricity, they are forced to cook on a traditional stove.

After their plight was made public, some people wired money to the teacher to give to the family.

Meanwhile, Kiartisak Thassakorn, director of the Ban Bu Sung School, said the school wold grant scholarships to the two girls and give them school uniforms and free lunches. He said the school would be willing to receive and manage public donations for the family.

Also Thursday, Na Dee district chief Noppadol Ngamlua said he has been contacted by the Wat Kaew Fa Rungsi to offer planks for district officials to build a new house for the family. 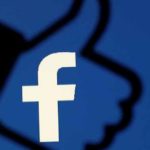