The 12 young footballers and their assistant coach rescued from Tham Luang Cave underwent a “life-prolonging ritual” at a temple on Thursday morning intended to lift their morale and that of their families.

The traditional northern rite is performed to ensure that people or locales enjoy long, secure and prosperous lives.

It is said to lift the spirits of individuals and residents so they can continue to be productive members of society.

The ceremony also included merit-making for Lieutenant Commander Saman Gunan, the former Navy Seal who died on July 6 while putting oxygen tanks in place ready for the rescue operation.

Thanawuth Wibulrungreung, whose son Chanin “Titan” Wibulrungreung was among those saved, said all the boys’ parents had agreed they should be ordained as novices this month to make further merit for Saman.

Thanawuth said Titan, who he described as diligent, with moderate academic results and passion for football, had asked for an omelette when he first returned home.

He said the family was taking good care of the boy and was closely monitoring his mental and emotional condition. 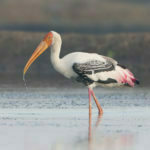