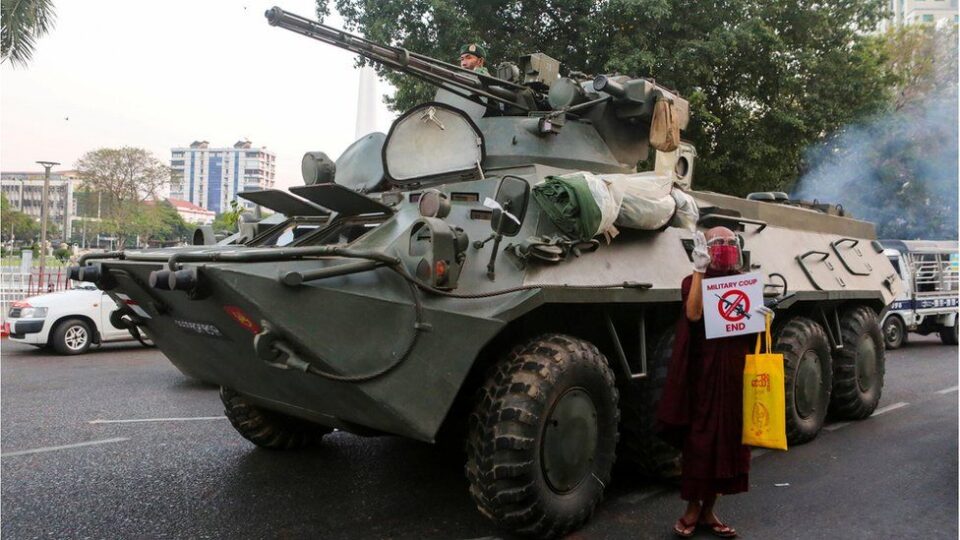 Automatic gunfire has been heard at a protest in northern Myanmar amid signs that the military is preparing a crackdown on opposition to the coup it carried out on 1 February.

Western embassies in Myanmar urged the military not to use violence as troops were reported on the streets of the largest city, Yangon.

Telecoms companies have been ordered to shut off the internet from 18:30 GMT.

The US advised its citizens in Myanmar to “shelter in place”.

Meanwhile, a statement signed by the European Union, United States and Britain said: “We call on security forces to refrain from violence against demonstrators, who are protesting the overthrow of their legitimate government.”

The coup in Myanmar (also known as Burma) removed the civilian government led by Aung San Suu Kyi. Her party won a resounding victory at the election in November, but the military said the vote was fraudulent.

Ms Suu Kyi is now under house arrest. Hundreds of activists and opposition leaders have been detained.

What are the signs that the military could crack down?

At a protest in Kachin state, in the north, automatic gunfire could be heard as security forces clashed with anti-coup demonstrators in the city of Myitkyina.

It was not clear whether rubber bullets or live rounds were being fired.The BBC is not responsible for the content of external sites.

In Yangon, there is a heavy military presence, reports the BBC’s South East Asia correspondent, Jonathan Head. Earlier on Sunday, armoured vehicles were seen on the streets for the first time since the coup.

Across the country, hundreds of thousands of protesters rallied against the military for the ninth day in a row.

Telecoms operators in Myanmar are advising their customers that they have been told to shut off internet services from 01:00 to 09:00 local time, Sunday into Monday (18:30 to 02:30 GMT).

An office of the US embassy in Yangon warned US nationals to stay indoors during curfew hours. 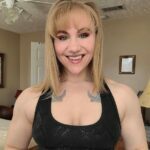 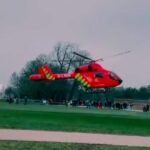 Boy, 16, is stabbed in front of horrified lockdown park-goers in south London