A TEENAGER’S family learned about his decision to donate his organs only after his death, it was disclosed yesterday at a press conference.

After he died a few days ago, the hospital found that he had donated his organs to the Thai Red Cross for transplants.

The teenager’s family was informed about his organ donation. Due to his age, permission was needed from his parents before his organs could be used.

Surgeon Dr Pongsakorn Pongsapas, who is in charge of the hospital’s organ donation and transplant centre, told the press conference yesterday that six organs of the deceased teenager – heart, liver, two kidneys and two eyes – were removed and later transplanted in six patients.

“Organ donation is a great way to make merit,” the doctor said. The hospital thanked the donor’s family.

He said the Chiang Rai hospital has the capability to conduct organ transplants but the problem was one of shortage of donated organs.

The teenager’s parents yesterday said they were surprised to learn that he was an organ donor. He had never told them about that.

Pongsathorn Amput, 18, a resident of Chiang Rai province’s Dok Kham Tai district, and his parents are all smiles in this photo. The teenager recently passed away and donated his organs to a state hospital.

His father Watchara, 56, said yesterday that the family has just learned from the hospital that he had donated his organs to the Thai Red Cross.

“We were surprised and found it unacceptable in the beginning. But we later accepted that it was his intention, so we went along. We are very sorry [about his death] but we find that his organs could help as many as six people, so we allowed the doctors to use the organs,” the father said.

The teenager’s mother Saokham, 47, said she had learnt that he had donated his organs when he was a high-school student, without his family coming to know about it. The mother said that she initially disagreed with the idea of organ donation but she later learned that there was a high demand for donated organs for patients in need of transplants.

“We discussed and gave permission to make merit for him,” she said.

Dr Samroeng Srikaew, deputy director of the Chiang Rai Prachanukroh Hospital, told the press conference yesterday that only 111 people had offered to donate their organs this year, which was far below the demand.

“The hospital would like to thank the Amput family for allowing Pongsathorn’s organs to be donated. His organs could help save a lot of lives – and this was a great merit-making,” the hospital executive said. 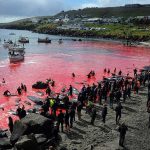 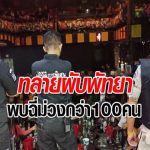