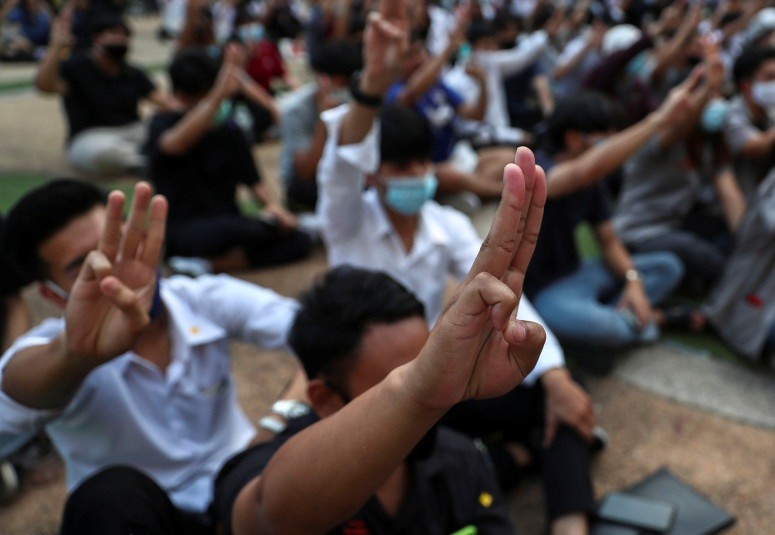 A “car mob” has shifted its target to pressure coalition parties after several anti-government groups before it failed to urge the prime minister to resign.

The anti-Prayut demonstrators, led by activist Sombat Boonngam-anong, on Saturday staged another car mob, called “Sombat Tour”, in Bangkok after one was held last Saturday.

The caravan visited the headquarters of Democrat and Bhumjaithai parties in the afternoon.

They urged the pair to pull out of the Prayut Chan-o-cha coalition government, reasoning their departures would undermine the government’s vote base in the House and trigger a chain reaction.

They hope it would lead to the resignation of Gen Prayut, the dissolution of the House or at least a no-confidence debate that would pave the way for the nomination of a new prime minister.

The protesters also visited Palang Pracharath (PPRP), the main party set up to support Gen Prayut, but did not leave a letter there like they had done at the offices of the Democrats and Bhumjaithai.

Instead, they poured flour, a well-known symbol of shady activities involving Thamanat Prompow, the new secretary-general of the party.

“We don’t have a letter for them and what we did here symbolises the party’s controversial image both at home and abroad,” they announced.

Flour has over the past few years become the symbol of Deputy Agriculture Minister Thamanat Prompow, who had been convicted of drug-related charges in Australia in the 1990s.

He had told Parliament during a censure debate on him last year that the substance that led to his imprisonment was not heroin. “It’s flour,” he had said.

The demonstrators later went to the Ratchaprasong intersection where Mr Sombat gave a short speech.

“Gen Prayut claimed the country had been in crisis so he had no choice but to stage a coup. He then promised he would not stay long. But seven years have passed and we wonder whether he has a clock in his house. Now it’s clear the one who instigated an unprecedented crisis is Gen Prayut himself,” he said.

Mr Sombat told reporters he would give Gen Prayut 14 days or his group would return.

“In the meantime, we hope Gen Prayut would resign. What people want is not for him to give up his salary — we want to never pay him ever again.”

The prime minister had said on Friday that he would donate his salary for three months following criticism about his handling of the deteriorating Covid-19 situation where he has single command.

Also on Saturday, Friend Zone, one of the pro-democracy groups, started a campaign on Change.org for coalition parties to pull out of the government. They are targetting Jurin Laksanawisit Anutin Charnvirakul and Kanchana Silpa-archa, leaders of the Democrat, Bhumjaithai and Chartthai Pattana, respectively.

“Never in living memory have Thais suffered as much as they are this minute. We hope MPs of all coalition parties love democracy enough to leave the grip of the current regime and switch sides to stand with people,” they said.

Internet Law Reform Dialogue (iLaw) earlier gave a breakdown of the votes in the House, which shows the unthinkable could happen if coalition parties collaborate.

The votes of PPRP (119) and senators (250) alone cannot choose a PM and the wildcard is indeed the coalition parties.

Meanwhile, after MP defections and moves over the past few years, eight opposition parties are now left with 212 votes, led by Pheu Thai (134) and Move Forward (53).

If the Democrat and Bhumjaithai pull out, the coalition will be left with 162 votes, not enought to pass key laws such as the budget bill or to survive no-confidence motions where 250 senators cannot help.

The results would be the prime minister will sooner or later have to resign or dissolve the House and call a fresh election if the Democrats and Bhumjaithai pull out. 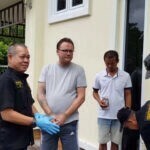 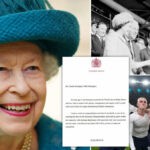