Thai Vietjet Announces 2 Options For Those…

Smokers of regular cigarettes received some good news yesterday when the government decided to delay plans to increase tax by 40% on cigarettes costing around 60 baht a pack.

The measures would have seen a pack of 20 costing a minimum of 90 -100 baht reported Daily News.

The increase has been delayed from this October to October 2020.

Meanwhile, the government has decided to increase the tax on loose rolling tobacco by twenty times.

This comes as many people have decided to switch to rolling their own as prices for regular cigarettes go through the roof.

In a move that Daily News said was part of concerns for public health the tax on rolling tobacco will go up from 0.005 baht per gram to 0.1 baht per gram.

The government felt that the disparity in tax between regular cigarettes and loose tobacco was too much.

The move to delay increasing the tax on regular cigarettes is designed to protect the tobacco industry from the impact of price rises in the market and give the industry more time to prepare.

Thaivisa notes that in this regard the government seems to have put the demands of the industry over their stated aim to bring down the number of smokers and improve the Thais’ health as a result. 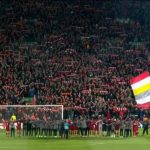