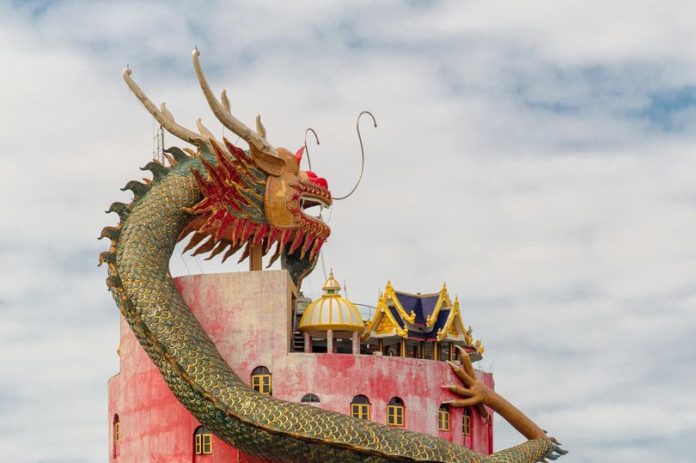 Giant dragon guards temple in Thailand – but it has another hidden purpose.

Thailand is home to some of the world’s most incredible temples, but there’s one lesser-known spot that’s home to a pretty terrifying creature.

In the heart of the Nakhon Pathom province, around 40 kilometres west of Bangkok, the impressive Wat Samphran temple stands 17 storeys tall – and it’s guarded by a DRAGON.

The huge creature is wrapped around the pink cylindrical building, aptly nicknamed The Giant Dragon Temple, with its colourful scales and claws visible from all angles.

The headrests just over the roof, protecting the Buddhist temple and visitors there.

But the dragon actually serves another hidden purpose, and a functional one at that.

Inside, the beast is actually hollow and home to a large winding staircase which visitors can use to climb to the top of the building.

Although the stairs go all the way up to the top, only parts of it are open to the public as some sections have fallen into disrepair.

It’s still a walk up 17 storeys though, so you’re going to need to be in shape if you want to visit.

The temple itself is in quite a remote location so there aren’t really many transport links if you do want to visit.

In fact, most travellers who went exploring opted for taxis there and back (although make sure to tell the driver you’re after a round trip!).

Those who have been said that the temple is pretty unique and although some of the interiors aren’t in the best condition, there are statues to be found including a giant bronze Buddha. 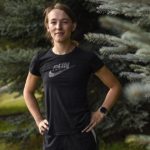 Man is named FEMALE athlete of the week 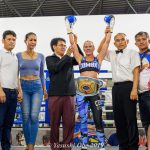