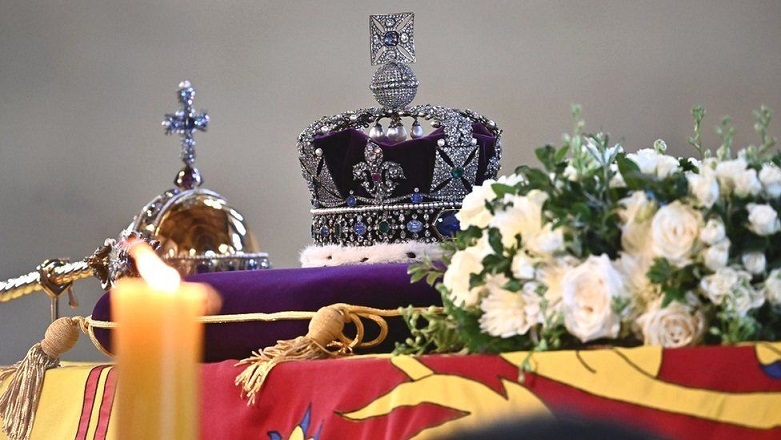 The Queen’s “lifelong sense of duty” has been remembered at her state funeral service at Westminster Abbey.

The Dean of Westminster, who led the service, expressed gratitude to a congregation of 2,000 people including world leaders and royalty.

King Charles III led a sombre procession behind his mother’s coffin from Westminster Hall to the abbey.

A small committal ceremony, attended by about 800 guests, is now being held at St George’s Chapel in Windsor Castle.

Guns were fired and bells tolled to mark the Queen’s arrival in Windsor after it travelled there from London.

King Charles, Princess Anne, Princes Andrew and Edward, as well as Princes William and Harry, walked behind the hearse in the final procession.

The Queen will be buried with her husband of more than 70 years at a private family service on Monday evening.

Earlier, the Dean, the Very Rev David Hoyle, began the morning service at the Abbey by speaking of the Queen’s “unswerving commitment to a high calling over so many years as Queen and Head of the Commonwealth”.

“With admiration we recall her lifelong sense of duty and dedication to her people,” he said.

The congregation sang The Lord’s My Shepherd – a hymn sung at the wedding of the Queen to the late Duke of Edinburgh, which was also held at the abbey.

The Archbishop of Canterbury, the Most Reverend Justin Welby, said the Queen “touched a multitude of lives” and – quoting singer Dame Vera Lynn – said “we will meet again” as he gave the sermon.

The phrase was used by the Queen in a rare address to the nation at the beginning of the Covid pandemic.

The archbishop said: “The grief of this day – felt not only by the late Queen’s family but all round the nation, Commonwealth and world – arises from her abundant life and loving service, now gone from us.”

As the abbey service came towards its end the Last Post was played – by the same musicians who performed it at the Duke of Edinburgh’s funeral – before the nation came to a standstill for two minutes’ silence.

A piper then played a traditional lament, before the King stood silently as the national anthem was sung.

Among the personal touches was a handwritten message from the King, which was placed on top of the coffin in a wreath of flowers cut from the gardens of Buckingham Palace, Highgrove House and Clarence House at his request. It read: “In loving and devoted memory. Charles R.”

Before the service, the Queen’s coffin was conveyed – in the first of three processions throughout the day – from Westminster Hall where she had been lying in state since Wednesday.

The Prince of Wales and the Duke of Sussex walked side-by-side behind their father, the King. The King walked alongside his siblings, the Queen’s children.

Some 2,000 mourners bid farewell to the Queen at the state funeral, with presidents, prime ministers and foreign royalty among the guests.

US President Joe Biden and French President Emmanuel Macron were two of those who had travelled to the UK to pay their respects.

Members of many European royal families were present, along with six former British prime ministers and about 200 members of the public who were recognised in the Queen’s birthday honours.

The event was expected to be watched by millions of people across the country and around the world.

For those not invited big screens were put up in cities across the UK, while some cinemas, pubs and other venues are also showing the once-in-a-generation event.

Thousands lined streets and gathered in parks around the capital to listen to the service, with many moved to tears.

It was the first state funeral since Sir Winston Churchill’s in 1965 and the biggest ceremonial event since World War Two.

As the coffin headed towards Hyde Park Corner gun salutes were fired every minute, while people watched on from designated viewing areas along the route.

The procession passed through Horse Guards Parade, where the Queen presided over scores of Trooping the Colour ceremonies, and down the Mall – where it was greeted with cheers and applause.

As the Queen’s coffin passed Buckingham Palace for the last time the staff stood outside to say a final goodbye.

The committal service at St George’s Chapel will be conducted by Dean of Windsor David Conner, with a blessing from the Archbishop of Canterbury.

At a private family service later, the Queen will be buried alongside her late husband, the Duke of Edinburgh, at the King George VI memorial chapel, located inside St George’s Chapel. 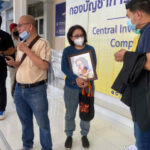 Doctor’s sister was she murdered 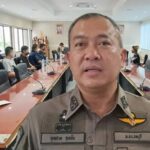