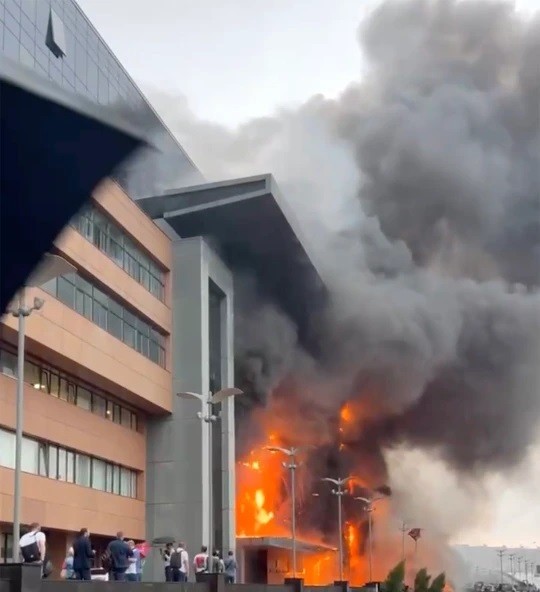 A huge blaze has broken out in a business centre in Moscow with up to 40 people feared trapped.

People climbed to the roof of the ten-floor Grand Setun Plaza in Kuntsevo district, around nine miles west of the Kremlin, to escape the inferno.

Almost 200 firefighters desperately battled to save the lives of people trapped inside the award-winning glass and concrete structure.

Around 125 people have been rescued from the burning building, authorities said.

A Ка-32 helicopter is among three aircraft deployed to the scene of the blaze – the cause of which is not yet clear.

However, it is thought to be the latest in an unusual spate of fires, believed to be arson and possibly linked to the war with Ukraine.

Large plumes of dark smoke can be seen pouring out of the building in footage shared on Twitter account Russia on fire – which documents daily blazes across the country.